According to WWF, a tourist boat operator who works the stretch of water discovered the dolphin and reported to authorities.

The dolphin was cut free, brought to shore and the local police informed Mr. Mok Ponlok, Kratie Provincial Fisheries Administration Director and Chief of Kratie Provincial River Guard. The carcass was taken to Kratie provincial town hall and handed to WWF on the evening of January 14.

According to the team’s inspection, the dolphin carcass was swollen and had 15 cm of netting wrapped around the base of the tail and the body.

After examining the dolphin’s body, the team concluded that the dolphin had died as a result of being caught in a fishing net. It was an adult dolphin living in Kampi.

After examining the dolphin carcass, the team weighed, measured and photographed it. The male dolphin was 198 cm long, weighing 85 kg, and was estimated to be 12 to 15 years old. It had been dead for around 3 days. 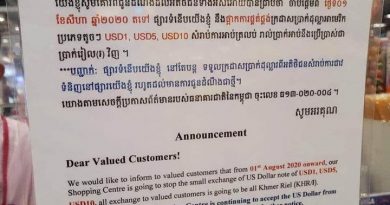 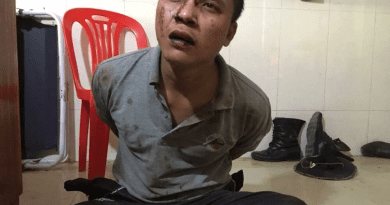 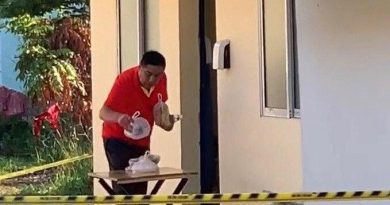