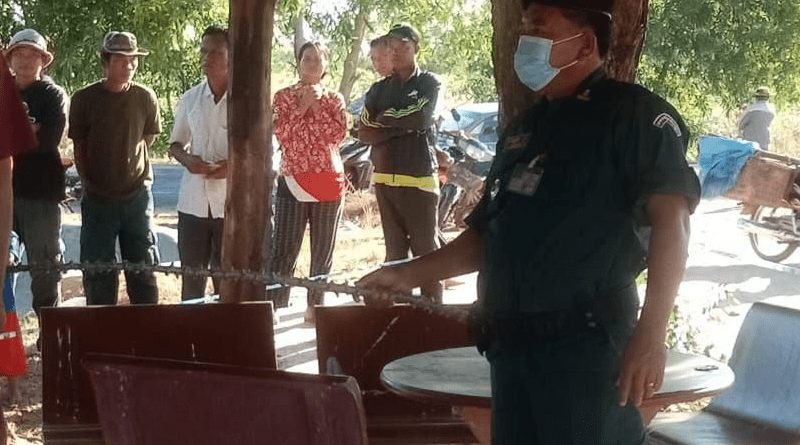 Banteay Meanchey Province: Residents found a young man hanged in a farm hut and authorities concluded that he died after being murdered.

The body of the victim was found at 6:30 am on December 30. 2020 west of National Road 58, about 20 meters south of Chamkar Kor village, in a cassava plantation hut belonging to Chhun Phluk, male, 49 years old.

Svay Chek District Police said that the body of the victim was not identified, but was male, about 34 years old.

The military police and specialized police investigated and concluded that the victim died of murder because the victim had wounds on the head on both legs. After examination and autopsy, the body was taken to Wat Chamkar Kor to search for missing relatives. At the same time, the Provincial Gendarmerie Command would like to inform the families who are missing a relative who fits the description to contact the Banteay Meanchey Provincial Gendarmerie: 012 368 593 and 096 755 7742.

Police are searching for suspects involved in the case. NKD (Images of scene in link)

EDIT: The (district) inspector confirmed that the victim was killed elsewhere and the body was hung in the hut. Family members informed the police that the victim was Sun San, a 35-year-old man from Se Sin Village, Sangkat O’Ambel, Serey Sophorn City, who had previously been imprisoned in connection with a drug case . The victim’s body was cremated by his family at Wat Chamkar Kor in Chamkar Kor village, Svay Chek commune.

Regarding the case of the death of the victim named Sun San, the police inspector of Svay Chek district confirmed that the specialized police are mounting a search for the perpetrator who committed the crime against the victim to bring to justice. POST NEWS 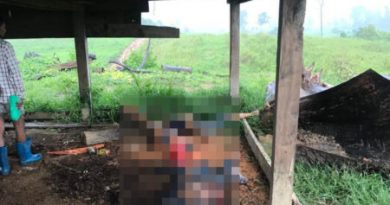 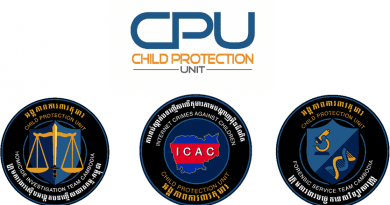 Ministry Of Health To Release Details Of COVID-19 Patients