Battambang: On December 23, 2020, at around 6:30 am, a man was arrested after he used a stick to destroy property at two pagodas. The suspect is 29-year-old Yus Tola, who is currently being questioned by police at the Sampov Loun District Police Inspectorate.

The motive behind the incidents has not yet been made public. KBN

UPDATE: Relatives of the man say he is prone to sudden mental changes after a coconut fell on his head some time ago, and often does strange things out of character without realizing. Before the incident he had disappeared from home for several days. Police are continuing to investigate. 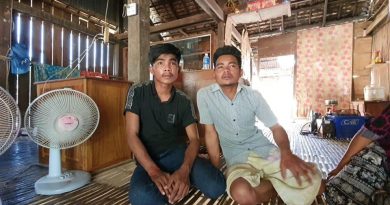 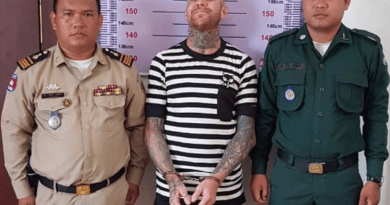