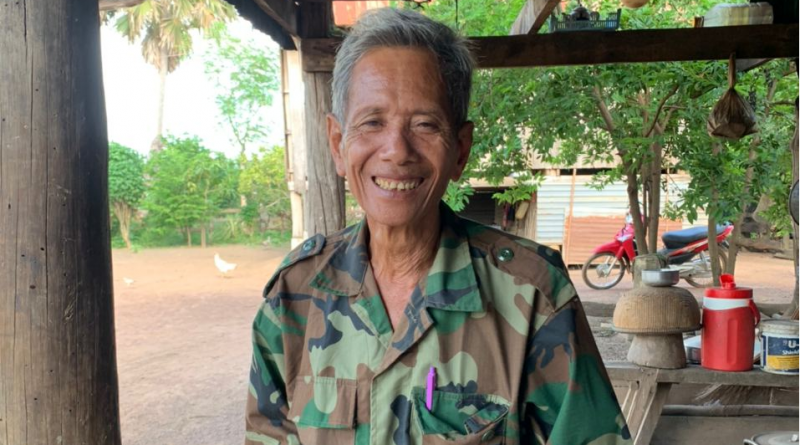 My father, Srek Sai, 84, was born in Tate village, Vietnam. My father is of Vietnamese descent. My mother, Yet Sao, is of Khmer Stieng descent (*an ethnic Mon-Khmer group found around the Cambodian-Vietnam border region), and was born in Mech Ngum village, Tonlong commune, Memot district, Tbong Khmum province. I have 9 siblings, 3 sisters and 6 brothers. I used to learn a little Khmer script. I can read and write Khmer and know Vietnamese.

In 1962, my family and I left Vietnam to live in the area of ​​Phum Mech Ngum and Koh Thmor village in Nlong, Memot district, Tbong Khmum province, which was not very populated at that time, each village has a population of about 30 to 40 families only. Each village covered a large area extending to the Vietnamese border. At that time, the village was surrounded by forests, big trees and many kinds of wild animals. Most of the people in this area were engaged in land clearing, plantation and rice farming by clearing rice paddies in the forest like people from the Pnong minority. At that time, the land was large and the population was small, so the people farmed, relocated and did not own the land. People cleared land for plantations and rice once or twice in one place.

In 1963, the war in Vietnam escalated. I learned that a large number of Viet Cong troops were hiding in the jungle on Cambodian territory. The villagers and I bought rice and medicine to sell to the Viet Cong army for a lot of money. But I also had to take risks because US B-52 bombers flew down to bomb the Viet Cong bases.

In 1970, a coup d’etat took place in Cambodia on March 18, 1970, led by Mr. Lon Nol. At that time, the people in Sre Chamkar district were very angry with Lon Nol and drove to protest to demand the return of Samdech Ov. At that time, young people, including some old people, went to protest in Snuol district, Kratie province, and were shot dead by Lon Nol soldiers Many people were injured. Seeing the uncomfortable situation, the people returned to their respective homes.
Between 1971 and 1973, planes bombed the jungle, targeting the Viet Cong hideout. I saw American soldiers marching in my village and even setting up short-term postions north of Koh Thmor and some other villages.

During 1974, many Khmer Rouge forces came to live in villages on the border and in towns. At that time, out of fear that the Khmer Rouge would force their children to join the army and serve in the revolution, my father persuaded my mother to return to live in Vietnam for a while. At that time, my mother and my siblings did not want to follow my father, but eventually my mother agreed to live in Vietnam.
In 1976, I enlisted in the Vietnamese army and attended a military academy in Hoyao. When I finished school, I was sent to defend the border with Cambodia. I fought against the Khmer Rouge army several times between 1977 and 1978.

In 1979, I fought against the Khmer Rouge army along the border and continued to enter Cambodia through Snuol district, Kratie province. At that time, I noticed that most of the people were thin and did not have proper clothes. At that time, I spoke Khmer to the people who were watching the Vietnamese army. People laughed and rejoiced when they heard me speak Khmer fluently. I and the remaining Vietnamese army had three sacks of rice in the truck, and we gave the rice to the people to divide amongst each other. Then I continued my journey to Kratie province. Soon my military unit moved to the provincial town of Kampong Cham, at which time I had the rank of three-tiered (sergeant?).
Between 1979 and 1980, more and more people came to live in Kampong Cham province, but also the Khmer Rouge military came to hide with them. These people would cause aggression, making it difficult for the Vietnamese army to resist. Khmer Rouge forces often raided, which frightened me. In 1980, because I missed my mother’s hometown, I ran away from the army unit to meet my mother’s uncles and aunts and left.

In 1987, I took over as police In Tonlong commune and went to guard the border near Tonle Cham and around Deum Trayeung, where Samdech Techo Hun Sen prayed for peace before leaving Cambodia for Vietnam.
In 2000, I stopped being a police officer. and later as head of the village assembly and lived with my wife and children.

Translated from Sok Vann: Staff of the Veal Veng Reconciliation Center of the Documentation Center of Cambodia which was published in RASMEI KAMPUCHEA 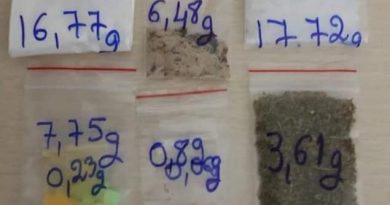 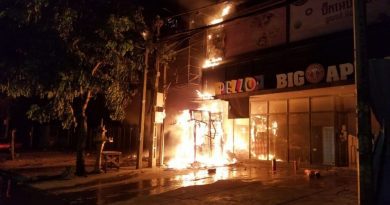