Banteay Meanchey Province: Provincial Police in Cooperation with the Anti-Drug Department Cracked Down on 2 drug trafficking sites and detained 3 people, along with 2 suitcases and 1 large metal box at 8.30 pm on the night of December 15, 2020 in a house in Kbal Spean village, Sangkat-Poipet city.

The provincial police chief confirmed that during the operation to crack down on the above two drug trafficking sites, Anti-Drug Department and Poipet City Police arrived at the first location and arrested the suspects, Ti Yeang and Hong. Meng in Kbal Spean village, Sangkat-Poipet city, confiscating 2 suitcases suspected of containing drugs.

EDIT: Several kilograms of methamphetamine, drug tablets, bottles of ketamine and a pistol with ammo were seized.

The same source said that after they continued to the second location and arrested Seng Dalisith, alias Chen in a rented room in Palilei village, Sangkat-Poipet city and confiscated a large metal case.

The authorities have not said how much drugs were seized, but will continue to prepare case files to be sent to the Banteay Meanchey Provincial Court for further legal action. KOHSANTEPHEAP 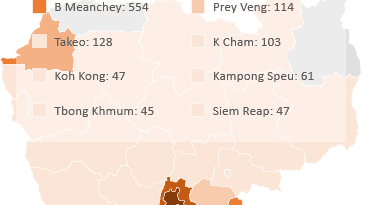 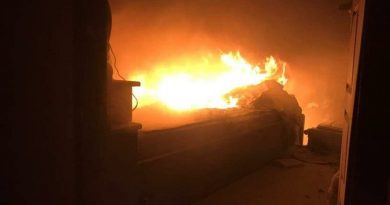