UPDATE: Andreas Andras Kassei, 34, a Swedish national, was convicted of attempting to smuggle 83 weapons, including several fully automatic, and ammunition.

He’s the culprit, a unanimous jury found. The man, hiding under the username Jim Brandt and on the Dark Web, was dealing with what he thought were gun dealers, but who were U.S. police agents.

35-year-old Fahrudin Bakic, a Serb, resident in Sweden and also charged as the perpetrator and for the same circumstances as Kassei, was convicted alone of aiding and abetting the smuggling of 25 weapons, two of them fully automatic.

He received six years in prison for his role as, according to his defender Torben Brønnum Rasmussen said, was a useful idiot for Andreas Kassei.

The 39-year-old accountant-trained Mircea-Ion Negoita, who is a Romanian citizen and lives in Sweden, was sentenced to five years in prison for receiving a package of 20 weapons in Vamdrup in July 2019.

Finally, a Serbian couple and their four-year-old son – with the car full of beer and water from Germany – drove around the rest area Ejer Bavnehøj on the E45 motorway last November.

With him, 38-year-old Srdan Zivkovic brought a vacuum-packed bag of 25,500 euros to pay for the box of 25 weapons they were to pick up.

Instead, he and his wife, 34-year-old Jelena Bradic, were arrested. The trip costs him six years in prison, while she has to serve four years in a Danish prison.

The couple were also called useful idiots by their defenders. The same goes for Negoita. They claimed they were all exploited by a cynical and calculating culprit, Andreas Andras Kassei. HFSO

A 34 year old Swedish man is accused of arranging to buy 83 firearms through a marketplace on the so-called ‘Dark web’. The dark web is a part of the internet that isn’t visible to search engines and used for illegal activity such as illegal trade.

In this case American Homeland Security Investigation officers acted as potential sellers of firearms and undercover Danish PET officers met with a Serbian-Swedish man and his wife at a location in Denmark where they presented them with a sports bag full of guns. The prosecution claims that the couple was sent by the 34 year old Swedish man.

The 34 years old denies all allegations of wanting to buy illegal firearms and explains that the reason he has photos of guns and ammunition on a computer, is because he lives most of his time in Cambodia, where there are several shooting ranges. He explains that his friend Anders who lives in Thailand, was a member of a shooting range and owned a licensed gun.

The 34 year old admits to owning a computer found at his company in Goteborg, but explains that he does not know about it being so heavily encrypted that the police can not open it. He also does not know why there is black tape covering the camera or who was using it.

Furthermore the 34 year old distances himself from explanations from some of the other accused in the case. Among them a Romanian man who received a large cardboard box with 20 guns in an apartment in Denmark last year. The 34-year-old denies having communicated with the Romanian.

The case is ongoing and the verdict is expected in mid-December. 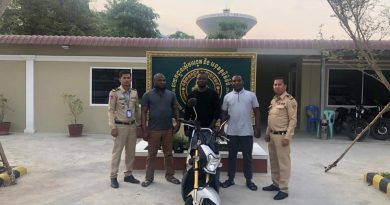 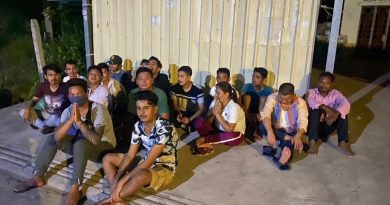 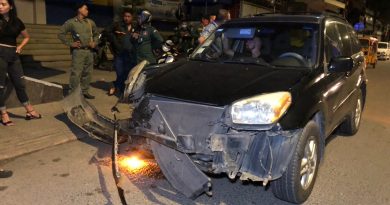