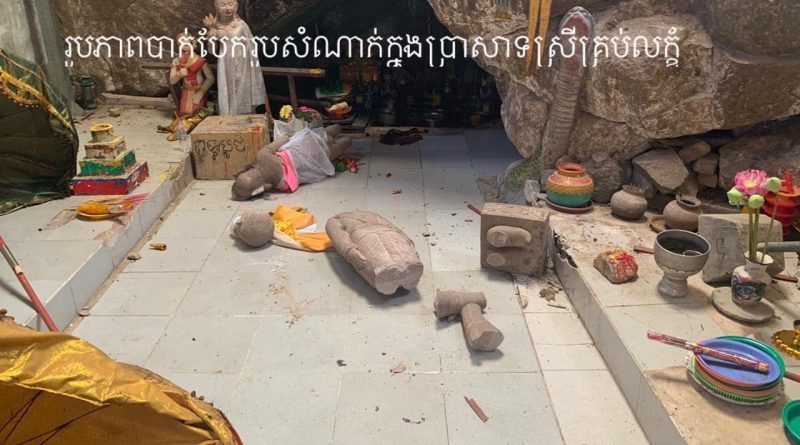 A LEXUS with license plate 2AV.9545 was seized.

Several statues and ornaments were damaged in the incident.

According to the report of the police, on the day of the incident, Sot Sim, a 66-year-old man who works as a cultural officer and conservationist of Phnom Basit, called commune administrative police station to report that there were two suspects driving a gray 2003 LUXUS with license plate Phnom Penh 2AV9845 who had stopped on Phnom Baset Tri Trang at the pagoda. One of the suspects, Kong Samnang, opened the door of the car and ran towards the temple on the mountain. Wat Basit Trai Trang then kicked the door of the temple, causing the door to break.

The suspect then ran down from the temple to destroy the statues of Tep Pranom (4) and Neak Ta Hut (1) and then down the stairs to
break the solar pole and kick the dragon’s head (2). Then the suspect ran into the temple, attacked and destroyed the statues inside, including:

Immediately after receiving the news, police came down to the scene, and arrested the 2 suspects, who were sent to the Police Inspectorate Leu for questioning and proceedings. THMEY LOAD

*No indication on the reason for this seemingly mindless act of vandalism was given. 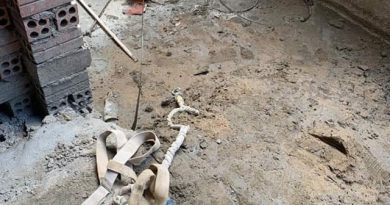 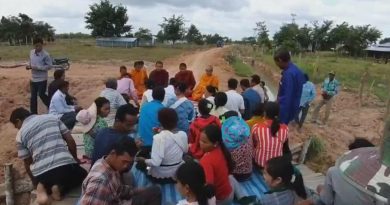 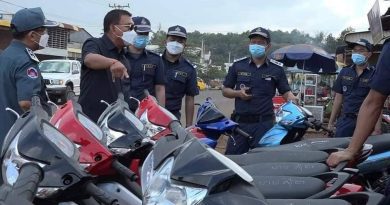