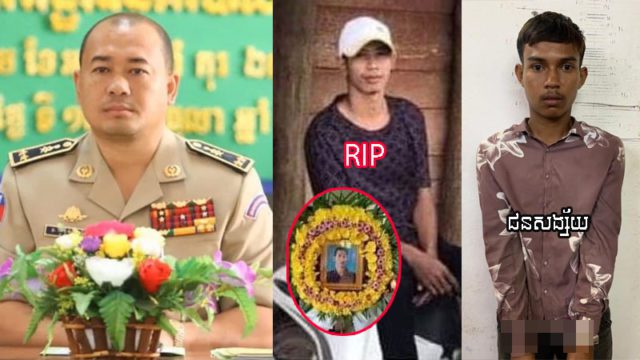 Kampot: A shot fired by provincial police caused a young man to die. Police say the dead man was one of two gangsters on a motorcycle and that police were constantly on the lookout for him.

This case was also confirmed by the Kampot Provincial Police Commissioner, who said that a group of suspects on a motorcycle hit the police to escape and officers fired in an attempt to stop them. The fatal bullet that caused the death was a ricochet.

The Commissioner confirmed that this was during a gang crackdown on a group that attacked a young man, causing serious injuries on November 2 in Kampot City, Kampot Province.

On the morning, November 4, Kampot Provincial Police Commissioner Major General Mao Chanthurith told Rasmei Kampuchea that a firearm was used, killing a young man. Police were hunting a gang that severely wounded a young man, when they saw a group of suspects. Some then hit the police to escape, then the police fired to as a warning, but the (deflected) bullet accidentally hit one of the men.

It is not believed any of the suspects were carrying firearms. RASMEI

In this case, the three relevant police officers must follow the discipline of the National Police Force and build a case to be sent to court.

The explosion occurred after a group of suspects on a motorcycle hit the police to escape, and the police fired weapons in order to disrupt the suspects, but the bullet was deflected and killed the suspect.

On November 4, 2020, the Kampot Provincial Police clarified that with the publication of some newspapers and Parith JB Facebook account on November 3, 2020, entitled “Kampot Provincial Police shot the suspect dead for two days and nights. Just brought the body home and paid $ 4,500 to end the story. Please, those who know, help me, is there any such law? And the police do right or wrong, please share one by one, so that some police do not make mistakes at will too much.

A 17-year-old man named Toeu Chan, a resident of Svay Thom Village, Sangkat Kraing Ampil, Kampot City, Kampot Province, was seriously injured in the head in Kampong Bay South Village, Sangkat Kampong Bay, Kampot City by members of the group above. The victim drank coffee at a table near the suspects in the village. The victim then looked at the suspects, making them angry and they chased him out of the cafe.

After the incident, the Kampot City Police Inspectorate arrived at the scene to gather information and deploy forces on the streets to intercept the suspects. Police immediately stopped a motorcycle with 2 people, but the suspects refused to stop and even hit the police.

Seeing this situation, officers fired weapons to stop the incident, causing one suspect to die when he was taken to the hospital and arrested one of his accomplices.

The activities of the above forces are in accordance with the contents of Article 31 to Article 37 of the Penal Code of the Kingdom of Cambodia. However, the Kampot Provincial Police also arrested three police officers to enforce the discipline of the National Police Force and to build a case to be sent to court to follow the procedure. .

In addition, in a humane spirit and condolences with the families of the corpses, the provincial police commissioner brought $ 4,500 to the family of the dead man for the traditional ceremony. KBN 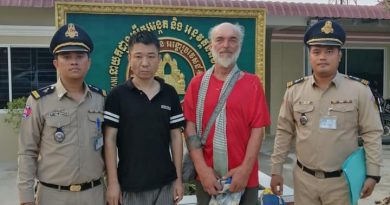 Chinese And German Go To Immigration 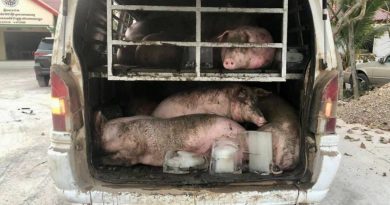