Residents found the body of a woman at 7:30 a.m. on November 2, 2020, south of Phnom Top Bridge, 150 meters east of National Road 56A, about 10 meters north of the road in Kbal Spean village, Sangkat Makak, Serey Sophorn.

According to the police, before the incident a 65-year-old man named Ang Sour from Kbal Spean village, went to look at the rice field south of the bridge when he saw the victim’s hand.

He ran to report to the police at the Makak Administration Post who came to examine the body. Technical, scientific and police forces of Serei Sophorn City inspected and said the body was an unidentified woman in her 30s, wearing a red T-shirt, long sleeves and long pants.

On the body, there was a stab wound on the right side, and several scratches on the face. Police said they found glasses on the ground, a knife and a machete were found at the scene.

Police believe the murder was either a robbery or a love triangle case, and are investigating.

Authorities appealed family members or friends who might know the victim to come forward with information. MCPN 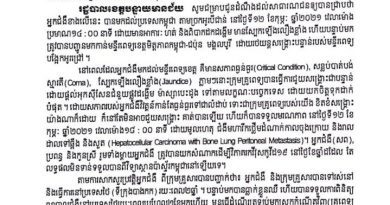 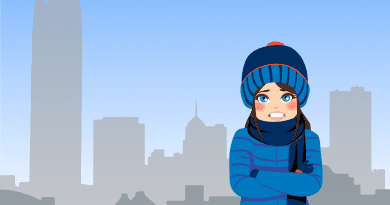