Phnom Penh: A Chinese woman suspected of losing her money and being homeless said she was evicted from her hotel because he had no money to pay. With her belongings in two suitcases, she decided to sit in the middle of the road, crying alone, causing surprise Daun Penh District Inspectorate Patrol Force at 11:30 pm on October 14, 2020 at the roundabout of Samdech Sangka Chuon Nath, St. Preah Sihanouk, Sangkat Chaktomuk, Khan Daun Penh.

The Chinese woman was identified as a 32-year-old tourist.

According to a source, she told a Chinese translator that she had been living in Cambodia for 9 months ago, and she came to travel and find work, but she did not have a clear goal to find a job.

Prior to the incident, she was staying at the first N***W**** Hotel, but when the time came to pay the bill, she couldn’t and was evicted.

The woman said she had no money with her, was wandering alone with no accommodation and wants to go back to China, but can not afford to. People saw her crying in the street and reported to the local authorities to intervene.

According to sources from tuk tuk drivers around the scene, the woman was addicted to gambling, took drugs and was mentally unstable. She is always seen walking alone talking, but no-one is interested, drivers said.

Later, two Chinese men passing by spotted her and decided to let her stay at the man’s house for a short time to find a solution later, and the victim agreed to follow without disturbing the authorities. KOHSANTEPHEAP 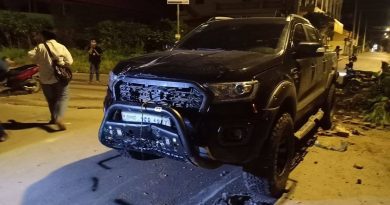 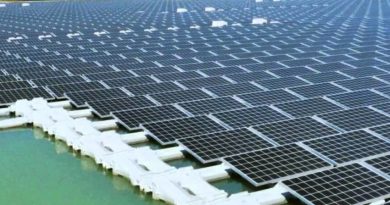 How Solar Could Save The Mekong 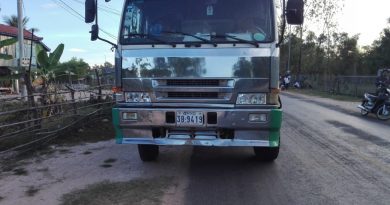 One thought on “Homeless Chinese Woman Cries On Street”