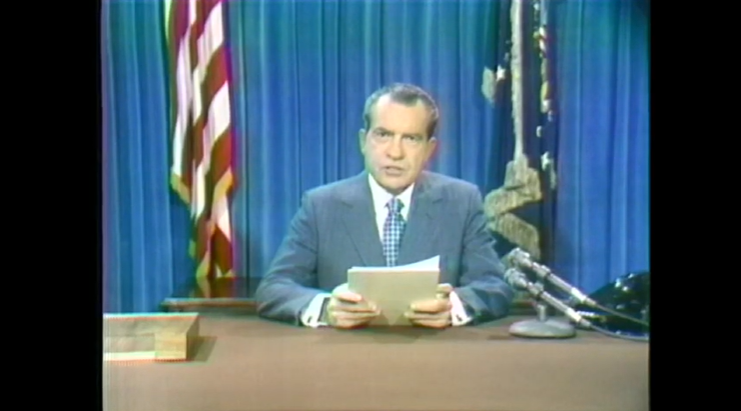 On October 6, 1970, South Việt Nam withdrew troops from Neak Luong and Takeo after completing a three-month operation against the Communist forces along the Cambodian-South Vietnamese border.

On 6 October 2004, King Sihanouk wrote a letter calling for the throne council to convene and select a successor. His second reign as Cambodian monarch officially ended on October 7.

In a Khmer-language message to Cambodians posted on his website, Sihanouk said he was too old, sick and tired to carry on.

“I have had the great honour to serve the nation and people for more than half century. I am too old now,” he said.

“I cannot continue my mission and activities as king and head of state to serve the needs of the nation any longer,” he said. “As I am getting old, my body and my pulse is getting weaker.”

“It is up to the Royal Throne Council to decide whether Prince Sihamoni or who else will be an appropriate successor to Norodom Sihanouk.”

On October 7, 1970, the Communist delegation in Paris rejected President Richard Nixon’s October 7th “Address to the Nation About a New Initiative for Peace in Southeast Asia.,” as “a maneuver to deceive world opinion.”

Nixon had announced five-point proposal to end the war, based on a “standstill” cease-fire in place in South Vietnam, Laos and Cambodia. He proposed eventual withdrawal of U.S. forces, unconditional release of prisoners of war, and political solutions reflecting the will of the South Vietnamese people.

The U.S. Senate had adopted a resolution expressing support for President Nixon’s initiative, calling the proposals “fair and equitable,” and there was hope that the Communists would respond accordingly. However, the North Vietnamese and Viet Cong negotiators refused to even consider Nixon’s proposal, reiterating their previous and long-standing demand for an unconditional and total withdrawal of U.S. forces from Indochina and the overthrow of the “puppet” leaders in Saigon.

U.S. officials publicly urged the Soviet Union to use its “considerable influence” with the Communists to persuade them to accept President Nixon’s new proposals, but the North Vietnamese stood their ground.

On October 7, 1972, during Pchum Ben, Vietnamese sappers raced onto the Chruoy Chang War Bridge. One-third of the vital span tumbled into the Tonle Sab. Most of the 100 or so Vietnamese commandos, sprinting beneath a covering B-40 rocket swarm, stormed the municipal stadium just west of the bridge. It was FANK’s M-113 armored personnel carrier (APC) park. The assailants ‘plasticked’ several APCs and clattered west in several others before they were stopped. In all, seven M-113s were wrecked. More than a dozen FANK soldiers and their families sought refuge in a bathhouse and were killed when it was hit. The commandos were intercepted before they could strike other installations during the six-hour fight, although the nearby French Embassy was damaged. FANK admitted 23 dead to the enemy’s 83.

The 4.5-meter (15-foot) tall bronze statue of King Sihanouk is housed within a 27-meter- (100-foot-) tall shrine, located in a park on Sihanouk Boulevard.

On October 9, 1970, the Khmer Republic was officially proclaimed. The monarchy was officially abolished and Lon Nol, who had been acting as emergency Head of State after Prince Sihanouk was ousted in March, officially became Prime Minister of the country.

On October 10 1979 the National Bank was reestablished after being shut down and the building blown up by during the Democratic Kampuchea period of 1975-79.  Known as the People’s National Bank of Kampuchea from 1979 to 1992. The new head was Chan Phin. It wasn’t until March 20th, 1980 that the People’s Bank of Kampuchea reissued the riel banknotes to facilitate the exchange of goods and the payment of civil servant salaries.

On October 10, 2019, Iran beat Cambodian 14-0 at a World Cup Qualifier match in Tehran.  3,500 Iranian women freely attended the football match the first time women were permitted to such an event since the 1979 Islamic Revolution.

On October 12, 1945, French colonial authority was restored after World War II. Son Ngoc Thanh was arrested by the administration for collaboration with the Japanese occupying forces. Some of his followers fled to the jungle to begin armed resistance.

On October 12, 1951, Oum Chheang Sun ended his first role as Prime Minister after replacing Prince Monipong in March of the same year. He would become PM again, for just a few weeks between January and February 1956. He was replaced by Huy Kanthoul who lasted from October 13 until June 16, 1952. 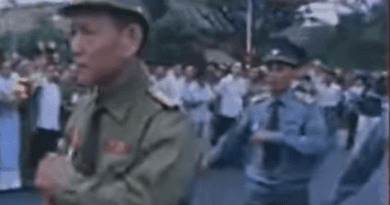 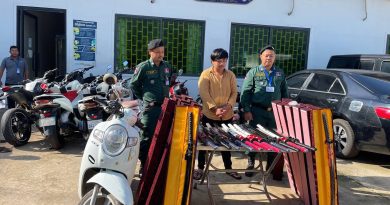 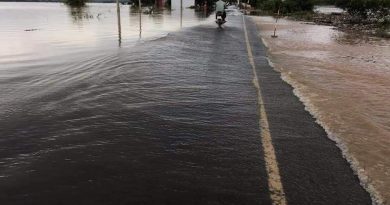