Phnom Penh: After hopes yesterday that a deal had been struck, as of this morning, October 8, 2020, most striking Cintri waste workers have not been seen returning to work.

Toun Sipheng, Cintri’s chief operating officer, did not know when the workers would return to work. “I do not know… I do not see them coming out,” he told the media.

Kao Savath, president of Cintri’s union, claims that the reason workers have not yet agreed to work is because they have not yet received their demands. “If the company, as well as the city hall help solve this, they will return to work,” he said in a recent interview.

Mr. Kao Savath said that the point that workers want most is seniority pay and the remaining annual leave. “If they do not get five points, they get only two points, so they will continue to work,” he said.

“I believe that Phnom Penh Capital Hall will be able to help speed up the work so that they can return to work soon,” he said. If solved in the morning, then maybe go to work that evening.

Mr. Toun Sipheng and Mr. Kao Savath both said that on October 8, Mr. Khuong Sreng, Governor of Phnom Penh, will visit the workers again to find a solution.

On October 7, Mr. Khuong Sreng met with stakeholders, including union leaders, directors of Cintri, representatives of the Ministry of Labor and representatives of the Ministry of Environment. The meeting decided on two points: first, the workers ‘request that Cintri settle at the end of the contract, Cintri was settled in accordance with the Labor Law and the Phnom Penh Capital Administration is responsible for the workers’ work and second Employees in the future, the Phnom Penh Capital Administration guarantees not to lose, whether Cintri won the bid or not.

Through the stakeholder meeting, all Cintri workers were requested to return to work from the afternoon of October 7, 2020 onwards. Both union leaders and other stakeholders expected that workers would accept the decisions and agree to return to work on the evening of October 7, as reported yesterday, but things did not work out as hoped. It is likely that the two decisions have not been fully met, or that the actual solution has not been seen by the strikers, so they have not returned to work. A resolution is expected after the latest round of meetings.

More than 2,000 Cintri workers have been on strike since October 2. TT 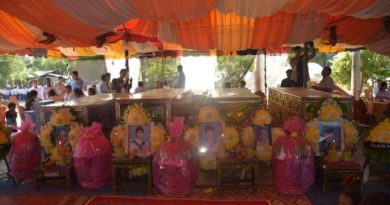 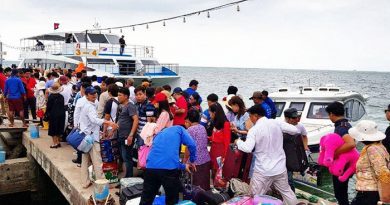