Siem Reap: A 28-year-old man was walking home from fishing and turned his a flashlight on a group of suspects who were smoking drugs. This caused them to get angry and they rode a motorbike and attacked the victim with a knife/sword, causing 3 leaving him with a total of 19 stitches. The incident occurred in Aranya village, Siem Reap city. Siem Reap, Siem Reap province, at 5 am on October 4, 2020.

One of the youths confessed that he had joined a group of four people who smoked drugs on the day of the incident. Suddenly, the victim approached and flashed a flashlight, causing them to get angry. They then rode two motorcycles towards the victim when one named Raak, male, 20 years old, attacked him. They then escaped.

After interrogation, the suspects tested positive for drugs in the urine. The two others have already been identified and will be arrested shortly.

The suspects and evidence were sent to court by the Siem Reap City Police Inspectorate for legal action and further arrest warrants for those at large. AREY 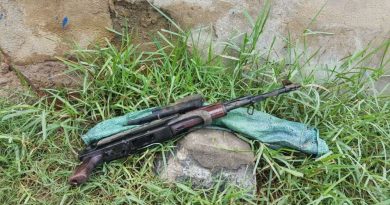 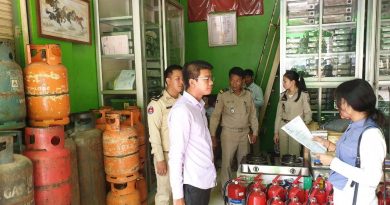