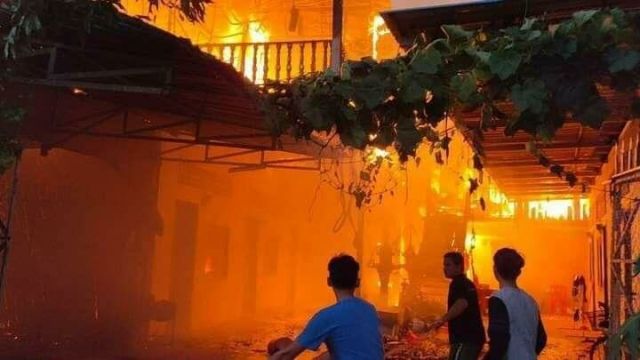 The two houses were destroyed in the blaze, the cause of which, according to the two homeowners, was from an explosion in the power line on the house of the one of the owners named Chan Teav.

8 water trucks were used from police, military and Apsara Authority to bring the fire under control by 7.15 pm. POST NEWS 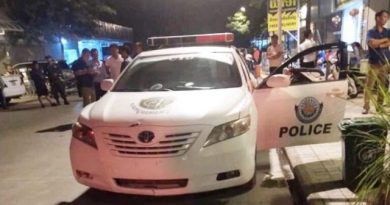 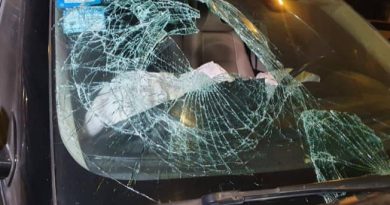