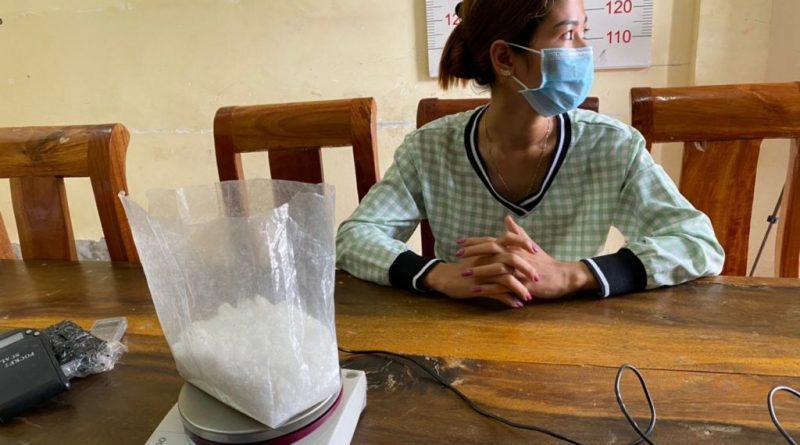 Takeo Province: Police in Takeo Province raided a drug distribution site in Smaong Village, Smaong Commune, Traing District, Takeo Province, arresting a woman who was hiding more than half a kilogram of drugs on the afternoon of the 9th September 2020.

The crackdown on the drug distribution site came after the force received information about illicit activities. A 23-year-old female named Pal Thav, living in the commune was found with fourteen packets of what is thought to be methamphetamine weighing 501 grams.

The woman told police that the drugs did not belong to her, but to her husband, Meng Seng Huy, who escaped after authorities entered the house. AREY 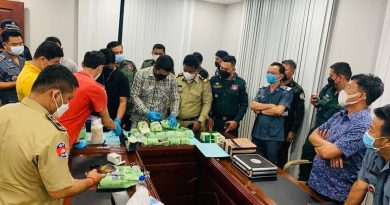 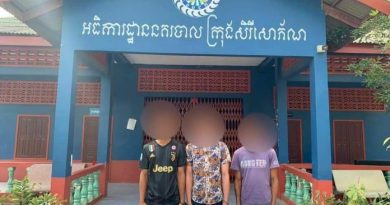 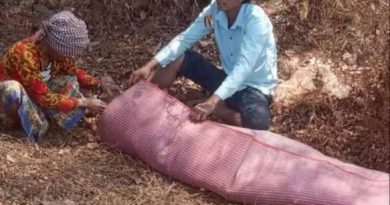