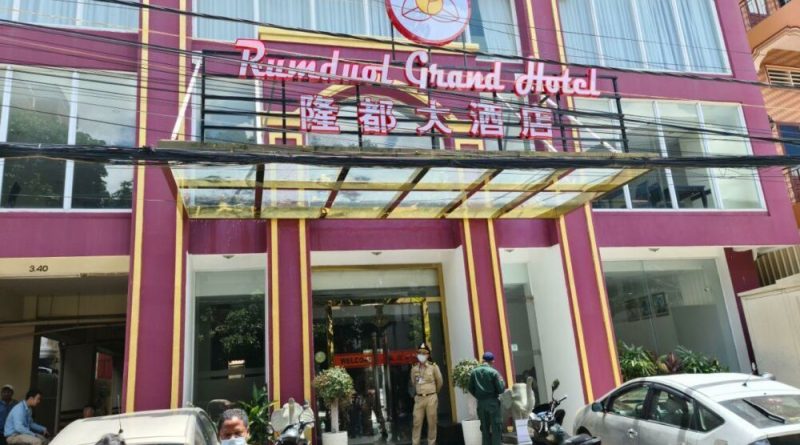 Phnom Penh: A Chinese woman (UPDATE: later found to be Vietnamese) fell from the Romduol Hotel on Street 174 at around 11 am on August 11.

Police at the scene told reporters that the woman had tried to escape through a window using a knotted bed sheet when she fell. The unnamed woman was rushed to hospital, and reports say that two Chinese nationals were taken for questioning.

Initial reports suggest that the woman was being held against her will and fell while trying to escape.

UPDATE: Prior to the incident, at 5:30 a.m. on August 11, Chinese men were seen dragging the Chinese woman into the hotel.

Police from Phsar Thmei 3 arrived at the scene and arrested four Chinese nationals and took them to Phsar Thmei III police station for questioning. AREY 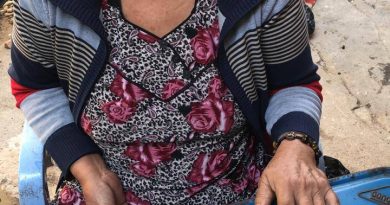 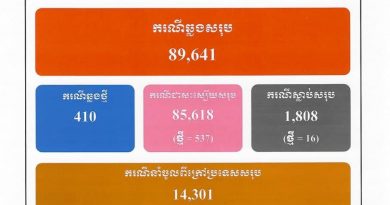 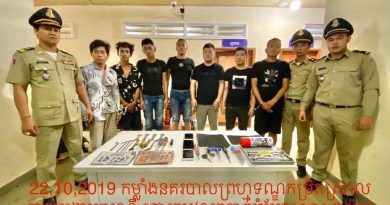