Phnom Penh: The Ministry of Health announced on August 11, 2020 that it has found 15 new cases of COVID 19. Of those, 13 were Chinese and 2 were Cambodians traveling from the United States. Meanwhile, another patient was treated and allowed to leave hospital.

According to the press release the 13 Chinese nationals (1 woman) are aged between 23-35 years old.

They were admitted to Chak Angre Health Center in Phnom Penh. The ministry said all had flown from the Philippines to Cambodia on August 9, 2020. There were a total of 119 Chinese passengers (23 women and 96 men) on the flight. Other passengers will spend 14 days in isolation in a hotel.

The ministry said the girl and the two women were admitted to Chak Angre Health Center in Phnom Penh. They were both traveling from the United States via Taiwan on a flight to Cambodia on August 9, 2020.

There were a total of 75 passengers on the flight (26 females, 43 males and 6 children). Passengers with a negative test result were placed for 14 days at a hotel in Phnom Penh and at the Pochentong Air Force Center. 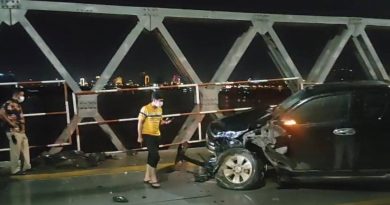 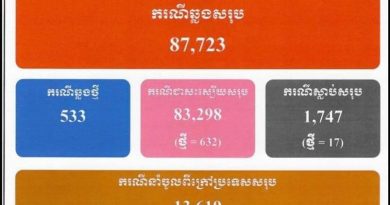 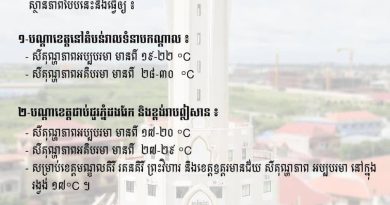