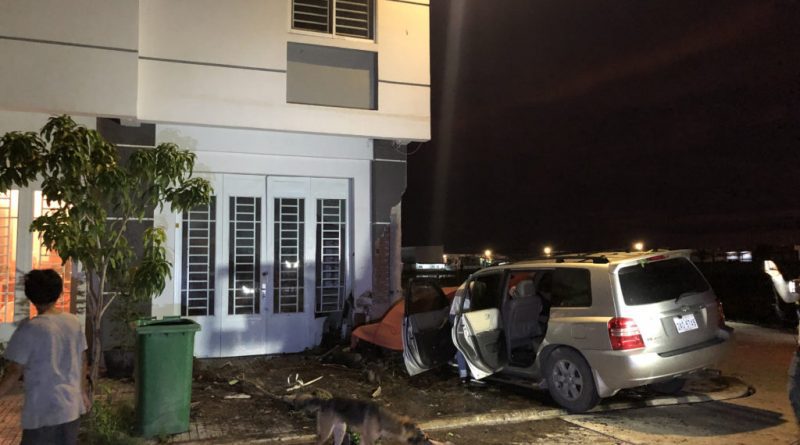 Phnom Penh: A man suspected of being drunk drove a Highlander into people’s houses, causing himself injuries and serious damage to property. This incident happened at 6 pm on July 30, 2020 in Borey Piphop Thmey, Project 1, House No. 01A, House No. 36 Sangkat Prek Kampus, Khan Dangkor.

The source added that the driver of the car was seriously injured and was taken by relatives on to hospital. Fortunately nobody else was hurt.

Sources said that the silver car with license plate Phnom Penh 2AQ-5748 was driven by an unidentified man. According to people who saw the incident, before the incident, they saw a man over 40 years old. He drove out of his house around Borey Upper on Street 01A in a south-to-north direction, and they thought he was drunk.

He drove the car to the right, went up the sidewalk and hit the fence of house 19, continued to turn to the left, hit a motorcycle parked in front of house 35, causing damage and still didn’t stop, hitting house No. 36, causing severe damage to the front of the property.

After the incident, local police went to the scene to check and contacted traffic. A representative from the car causing the accident came forward to mediate, agreeing to leave the car. The landlord came to them and settled on an amount to compensate for the damage, and the police left. KOHSANTEPHEAP 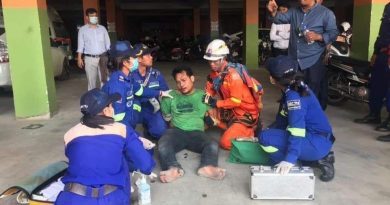 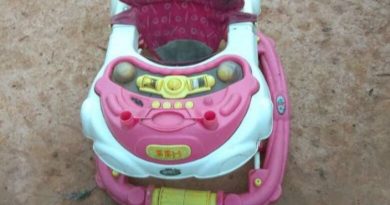 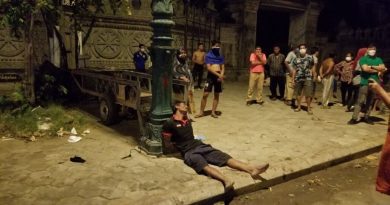