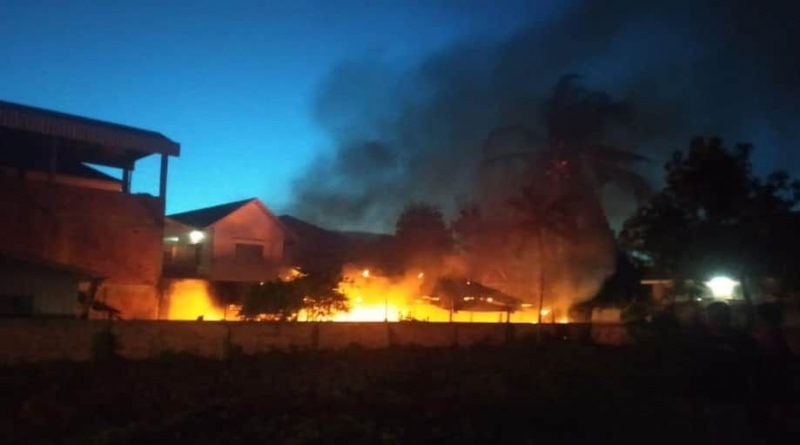 Battambang: A fire broke out in a warehouse next to the Battambang provincial governor’s house in Romchek 4 village, Rattanak commune, Battambang city on the evening of July 25, 2020.

The owner of the property, An Chanrath, a 37-year-old man, told the press that the building that caught fire was 10 meters by 15 meters and made of galvanized iron.

The owner of the house said that before the incident, at about 7 pm on the day of the incident, while he was pumping gasoline for sale the next day, when a spark caused an explosion, causing flames and injuring his right hand. 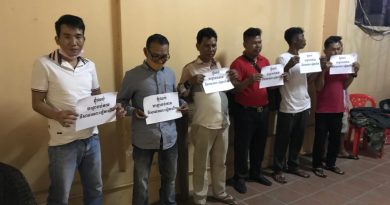 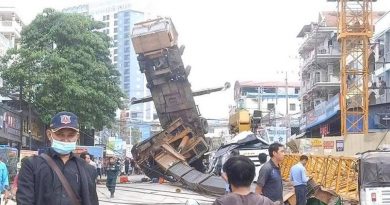 Crane Tips Over In Sihanoukville 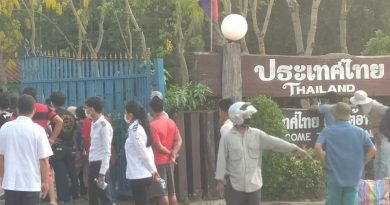