Kampong Chhnang : A passenger bus driving at high speed in the center of Kampong Chhnang city reached an intersection and hit a truck at 5:45 in the morning of July 24, 2020.

The traffic police of Kampong Chhnang city at the scene said that the bus with license plate Phnom Penh 3B3268 was heading south, when it collided with a truck, license plate number 3A5658, which heading north. The accident caused traffic congestion at the scene for more than an hour.

In this case, the police of Kampong Chhnang City arrested the bus driver named Mong Ly Chhong, 21 years old, from Kirivong district, Takeo province, who was taken for a urine test for drugs and alcohol. This case did not cause any injuries and the authorities took the two vehicles to the provincial road traffic office to build a case for settlement. KPT 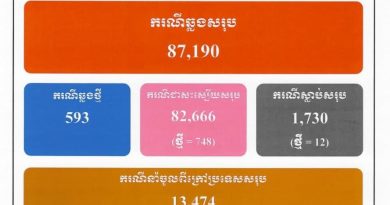 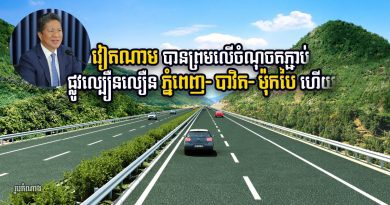