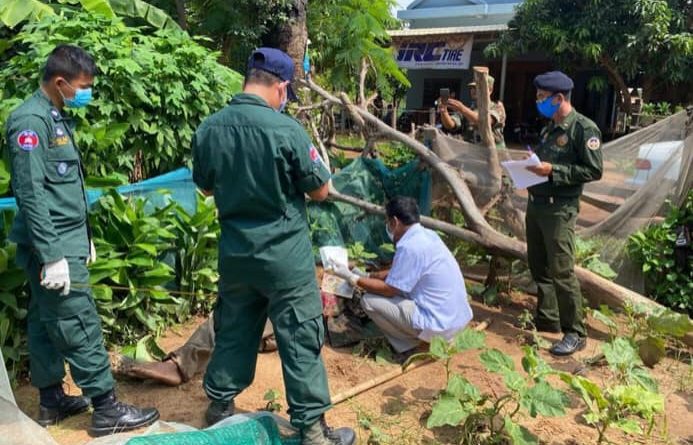 Pursat: One man was found dead near the stairs of a house in Pursat province and another was seriously injured after a drinking dispute between the father of the assailant and the victim quarreled over the microphone at a house party.

According to the information from the Phnom Kravanh District Military Police, the dead victim was named Sun Rim, male, 41 years old. He suffered injuries to the face and a head wound. The other named Noeung Thou, alias Ta Bak Dai, male, 62 years old, suffered a broken arm (right).

The suspect is Thou Thun, a 34-year-old man, currently lives in the same commune.

Phnom Kravanh District Military Police said that in the case of the above murder, they first saw a small drinking party at Tinak’s house, drinking and singing. There was an argument over who’s turn it was to sing and the situation became tense.

The source also said that after the two of them did not look at each other much, the owner of the house named Tinak saw this situation and sent Thu Thun, the son (suspect), home. Later, the victim was walking across the road to his house, but Noeng Thou met the victim, Sun Rim, a fight broke out between them and the older man shouted that his arm had been broken.

The son heard his father screaming for help and apparently hitting the victim with a stick, but he could not see anything because he was too dizzy and drunk.

Everyone got up and saw the victim was dead. Noeung Thou suffered a broken arm and was taken to the hospital by his family overnight. After the incident, the assailant, Thou Thun, the 34-year-old son, escaped. Currently, the authorities are looking to arrest and punish according to the law. MCPN 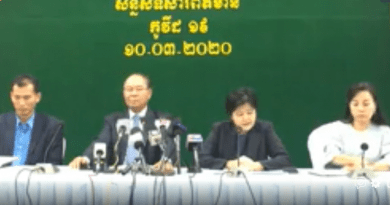 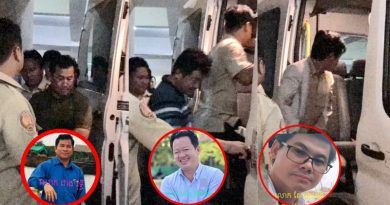 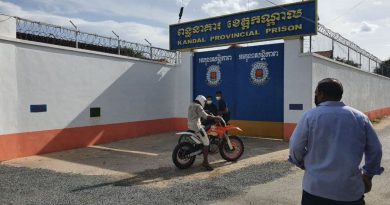