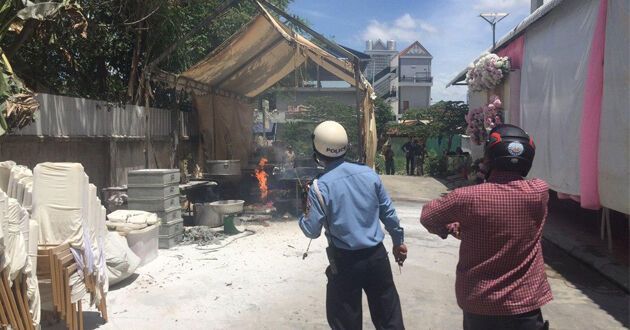 Early reports suggest two people were either injured or have died. Fire trucks are now intervening at the scene.

UPDATE: The two injured people were named as Sok Ngoun, 45, a chef from Por Sen Chey district, (foot and leg injuries) and Sok Sok Try, 42, from Kambol district, (injuries to face and limbs). The victims were treated at Sorya Clinic East of Sam Han Market.

The fire was caused by a gas leak at a birthday/house warming party. 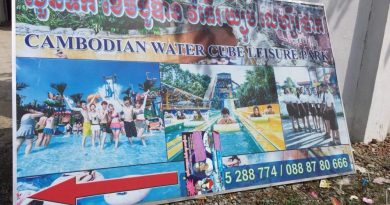 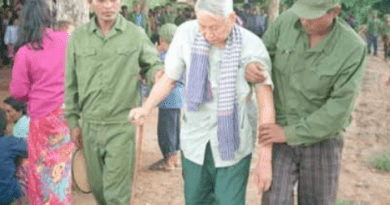 This Week In Cambodian History: July 23-29 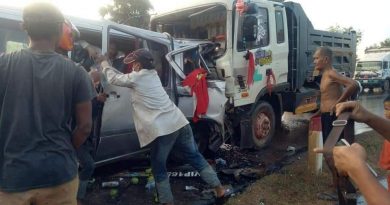