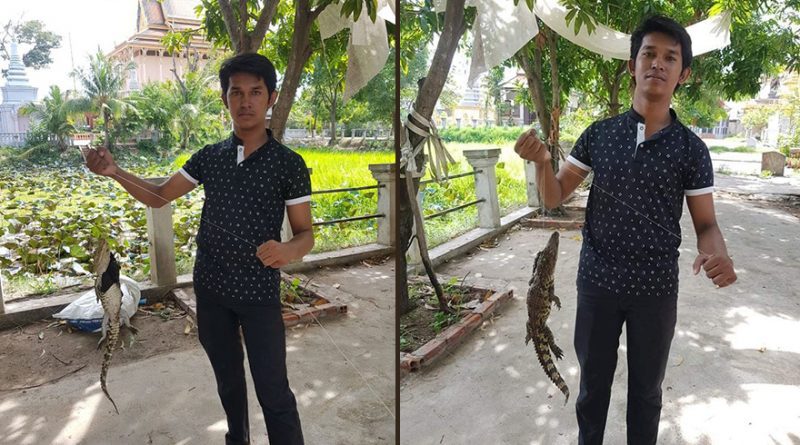 Phnom Penh: According to reports, a man found some small crocodiles in the pond at Tuol Sopheakun, which are suspected of having been abandoned. The crocs were first spotted on May 25 at Toul Sophea Khuon Pagoda in Prey Tea Village, Sangkat Chom Chao 3, Por Senchey District.

Students and villagers have been trying to catch the crocodiles for nearly two weeks, the report said. At 5:00 in the morning on June 7, 2020, one was finally captured. It is thought that at least 3 more remain on the loose.

Villagers say there have been no crocodiles in the pond for decades, but recently, and for some unknown purpose, someone dumped some baby reptiles in the pagoda.

Villagers say the crocodiles are still very small, but are worried that they will get bigger and then dangerous.

According to the source, the crocodile was first spotted by a student named Thy, who was sleeping in a hammock under a tree near the mouth of the pond. The source added that people had been setting traps in the water, buying chickens from the market as bait. But, although the bait was taken, the crocodiles managed to avoid getting trapped until this morning.

The hunt for the remaining reptiles continues. 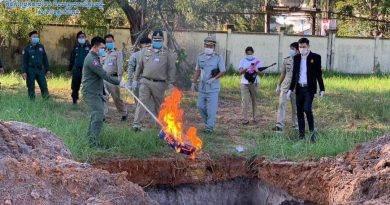 One Ton Of Chicken & Meatballs Torched In Koh Kong 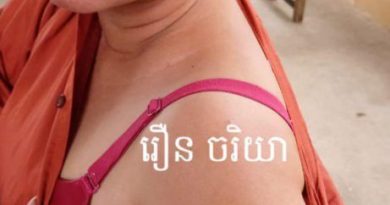