THE BROTHER of British backpacker, Amelia Bambridge, who drowned after disappearing from a beach party in Cambodia, has spoken of his heartbreak after discovering pictures of her dead body online.

In an article in British tabloid The Sun, her brother Harry, who lives and works in LA, spoke of his grief.

“Me and my dad went and identified her at the main police station. When I confirmed it was her, I then broke the news to my mum.

“Pictures of her were leaked online, officials that picked her up released them before she had even been taken off the boat.

“They were posted onto social media before me and dad had even seen her.

“She was still on the water and pictures of her body were all over the internet. I was getting messages from back in the UK, saying sorry and RIP.

“We hadn’t even identified her yet.”

He describes how his devastated family may never know what lead to her death that night after friends said they thought she had left to return to Nest Beach Club hostel.

Construction worker Harry said: “There is no evidence to suggest anything else has happened, the post mortem is the only thing to go off.

“It doesn’t fully make sense, I don’t think it ever will because of the circumstances of it.

“The thing that hurts the most is that she is not living the life she should have lived.

“Not knowing what she was going to end up doing, who she would have met, that’s not going to happen for her.”

He said: “There is a lot of things going on on these islands, I received thousands of messages on social media about the safety of travellers.

“It is being brushed under the carpet, people may think they are safe but the real message is that it is not what you think it is.

“It looks like paradise when you see the beach but things go on behind the scenes which locals are not open about, they don’t want to ruin the tourism industry there.

“They won’t broadcast the fact that there are potential rapists on the island because no one would want to go.”

Harry spoke about growing up with Amelia at their home in West Sussex and describes how the shy young girl grew up into hardworking woman, completing a three-year banking apprenticeship and earning the cash she needed to go travelling.

He said: “She saved all her money. She wanted to do a bit of travelling, to see some of the world.

She lasted a few weeks, and then she was gone.

She showed an interest in travelling over the last few years, when you live in a small town you get bored, She wanted to spread her wings.

“She went to visit our dad in Vietnam, she spent two weeks with him and then started in Phnom Penh and made loads of friends.

She was having a good time, I spoke with her and she was enjoying herself.

She was massively sensible. She knew how to look after herself, even when we found her bag she had all the stuff she needed and was well prepared.”

how he took part in the desperate search to find her.

He said: “My heart sank. It was just disbelief, feeling helpless, I could hear mum in tears in the background.

By the time I got there on Sunday night, the police were there looking for her.

I got the last ferry to the island, it was surreal to be searching for her. There were no emotions, it was about being as sharp and as switched on as I could to find her.

There was no solid evidence to lead us down one path, which was the toughest thing.

It literally felt as if she had vanished, one minute she was there and the next she wasn’t.”

Days later Amelia’s body was found floating in the sea near the Thai border. Police later confirmed her death was the result of accidental drowning.

Harry said: “Finding the bag, for me was the moment that I thought ‘something is really not right here’ because she would never leave her bag like that.

“It had so much stuff in it, her phone, her wallet. All the things you need to survive. It made me expect the worst.

They told us that they had found a body in the water but and at that stage, they were quite confident it was her.”

Amelia was bought home to the UK.

“She wanted to go travelling, she worked hard and earnt the money to go. She did it the right way. It’s changed my outlook on life, that life is precious and brutal, death can be just around the corner for some of us. It can happen in the blink of an eye.

If you going travelling, have your wits about you and go with friends. You may have done your research but what it may not be true.” 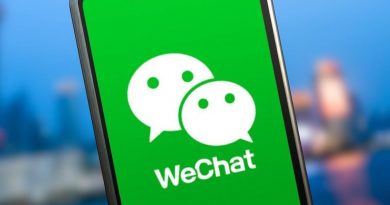 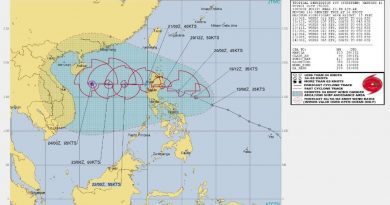