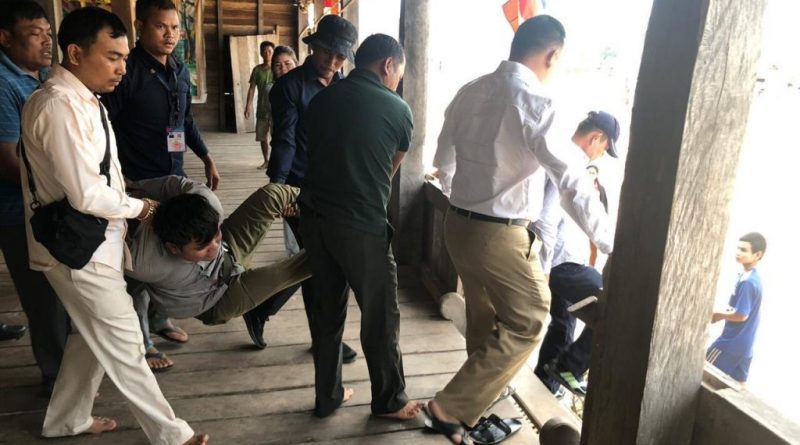 Koh Kong: A military police officer who fired six shots at a massage parlor has been arrested by the Royal Cambodian Armed Forces.

The incident took place at a massage parlor in Sangkat Kakap II, Khan Por Sen Chey, Phnom Penh, on the night of January 31, 2020.

After the arrest, the suspect was taken to the Phnom Penh Municipal Police Department for questioning. POST NEWS

His Story: On the day of the crime, the suspect named as Lon Chivon, was in discomfort, so decided to go to a massage shop. When he went into the room, he stripped and put on the towel and the girl came in. He grabbed the masseuse’s hands (*maybe after grabbing his penis, which penis is unclear) and knew she was a ladyboy, which he didn’t want.

A fight broke out, a shirt torn, and the suspect was scratched by the masseuse. The suspect tried to take his moto, but the store refused and demanded 100,000 riel, but were offered (*1)5,000 riel, which was refused. Then the suspect became angry and went to steal a gun (*unsure wehere from, probably his army unit), which he shot 6 times and took the motorcycle away.

Afterwards the suspect returned the gun in secret, then went to hide in kilometer 10, Khan Russey Keo for one night, then fled to Oddar Meanchey province for four days. He returned to Russey Keo district for the last two days and escaped to Koh Kong province, where he was caught in Wat Chhang, Chang village, Chik Leu village, Sre Ambel district, Koh Kong province.  He is now detained at the gendarmerie headquarters in Phnom Penh. POST NEWS 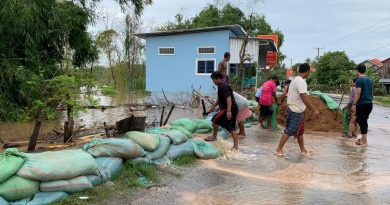 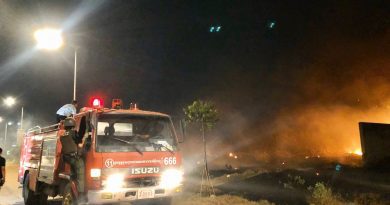