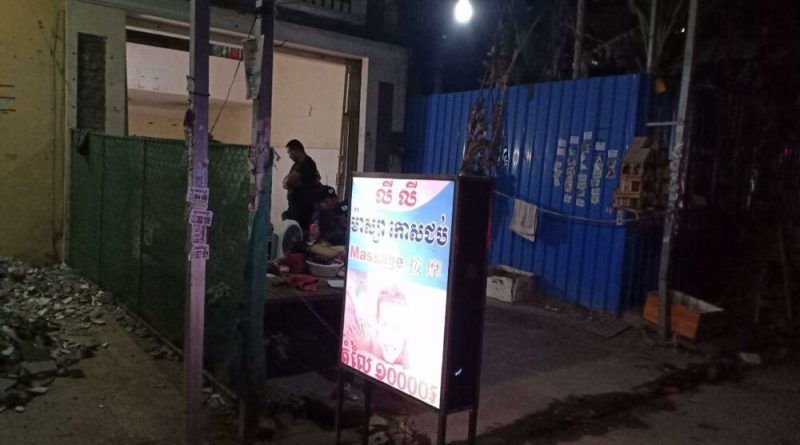 Phnom Penh: A man entered a massage parlor in Porsenchey at around 8 pm on January 31 and got into a disagreement with staff.

UPDATE: The incident sems to have been sparked when a masseuse asked for $25 after completing a service (source describes a ‘female transgender’ EDIT: Confirmed as such). The man only had 14,000 riel.

After an argument the man tried to leave on his moto, but was stopped and the moto was taken by the massage shop. Half an hour later the man returned with a rifle, fired off the shots and took his moto back.

“At first I was riding a motorbike, but when it touched me and it asked me to agree to it, I said, ‘No money and no money when I came home.’ Also said to not give it money and then tore my shirt and fingernails it into each other, it was about 5-6 people come to search for me and escape after the explosion. Occurs because of information It has a knife in his hand. Money I give it 15 thousand riel, but it still forces more money, and my motorcycle driver threatened to destroy, I want to get the motorcycle back, but it does not give, and if the sting is known. Missed and I have no solution immediately, only forced to spray the ground to protect my motorcycle and no intention of causing trouble, please do not charge me wrong if you do not go. He has never come to save me brothers” TVFB

He then returned with a rifles and fired around 6 shots, then escaped and disappeared.

Law enforcement is investigating to arrest and prosecute him. No further details have been given. POST NEWS 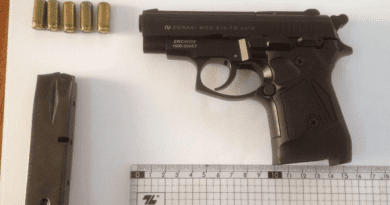 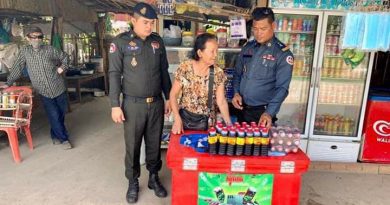 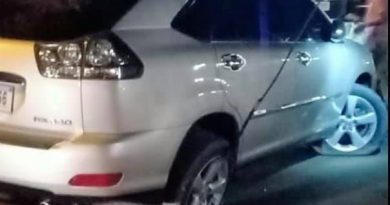 One thought on “UPDATE: Man Fires Gun In Porsenchey Massage”