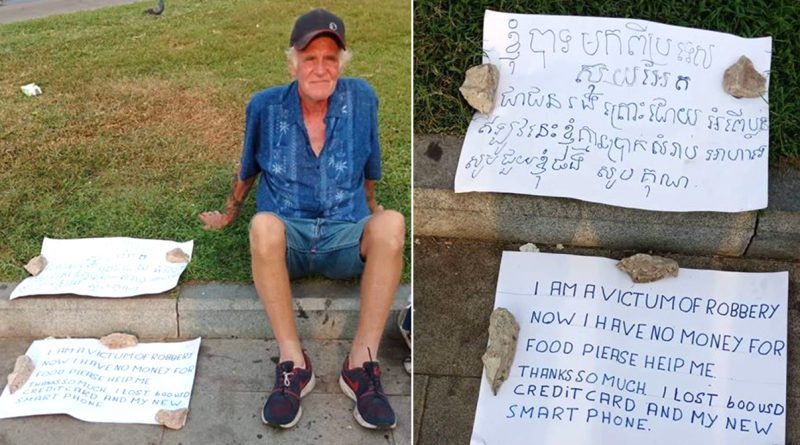 The post showed a foreign man who sat and begged for money from the people in front of the palace.

According to the photos, he is Swedish and claims he was robbed of valuables such as money, bank cards and cell phone, along with other documents, which have left him hungry and homeless.

The man who posted, named Thorn Thea Gechheng, asked people who visit the park in front of the Royal Palace to donate money and food to help this foreigner. KHJOSA 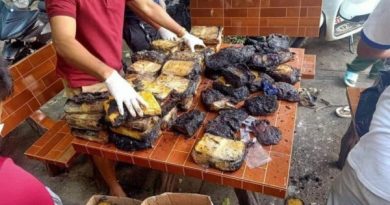 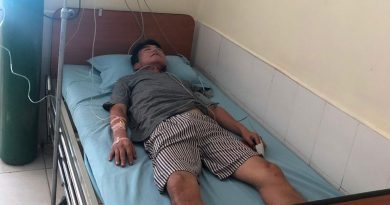