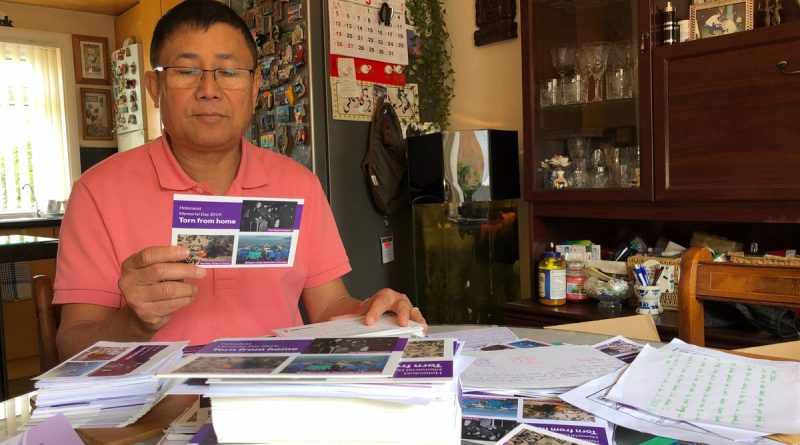 A MAN who survived the Cambodian genocide and lost nearly 60 members of his family, has been recognised with a British Empire Medal in the New Year’s Honours list for his services to Holocaust Education.

Sokphal Din, from Popley, Basingstoke, was forced out of his home in Cambodia’s capital Phnom Penh by Pol Pot’s Khmer Rouge on April 17, 1975, when he was just 17-years-old.

He has spoken extensively about the experience, and recalled opening the door to two soldiers wearing all black, one of whom pointed a gun at him and threatened to shoot his family if they did not leave their home immediately and get out of the city.

Speaking to the Gazette, he said: “I remember it clearly, I will never forget that image of this horrible face. I was thinking ‘this isn’t true’.”

His father, six-year-old brother and dozens of other family members were among the victims of the Communist regime, which over four years was responsible for an estimated 2.2 million deaths through executions or disease in labour camps.

Sokphal left with his family and they travelled with the crowds without any water, eventually taken to a labour camp.

The 62-year-old endured hard labour in fields and rice paddies, working seven days a week under the hot sun, given a food allowance of just three spoonfuls of rice per day.

The agricultural areas became known as the Killing Fields, with people working themselves to death, beaten or killed if they disobeyed.

Sokphal said: “Most people they executed them by hitting them on the head and knocking them into a ditch. When I talked about it I used to cry but now I feel strong, I must be strong. It’s not a story, it’s my life experience. It’s indescribable, and I can’t believe that this could happen to me and my family.”

As a teenager, Sokphal had dreams of becoming a doctor, but had to lie about his ambitions to the regime, which believed in an extremist ideology, with the aim of eliminating all social classes, and everyone working as rural agricultural workers.

He was eventually taken from his family to work in another labour camp, hearing the news of his six-year-old brother’s death two days after leaving.

He was captured by the Vietnamese Army after it invaded Cambodia on Christmas Day, 1978, and was held in a brick oven with other prisoners.

Recalling the terrifying moment, he said: “I thought they’re going to burn us alive in here.”

However, Sokphal was moved to a prison in Siem Reap, where he was held for months, interrogated and tortured.

His mother made the journey to Siem Reap on foot, with Sokphal’s younger brother and sister, and they were reunited when he negotiated his release.

The family escaped to Thailand, making the dangerous journey with the threat of being re-captured at any moment.

They made it to a refugee camp, where they lived for many years.

Eventually, they made contact with a cousin in Basingstoke, who sponsored them through the Red Cross, and they arrived in the town on August 4, 1987.

He said he has made a list of all his family members who died, which took up an entire A4 sheet of paper.

Building a new life for himself, Sokphal is now a freelance translator, and works part-time in Sainsbury‘s, Kempshott.

He has written a book about his life and hopes to find a publisher, to help others learn about the Cambodian genocide, and fears that another genocide could happen again.

“With discrimination and racism it could happen again if the world isn’t careful,” he warned.

He was delighted to be recognised in the New Year’s Honours list, and said: “It’s so overwhelming. I couldn’t believe that I would be recognised. I talk about what happened because I feel I must share my experience of the genocide and atrocity I have been through. It’s for the victims of the genocide, people who died by execution and many members of my family for them to have some justice.” 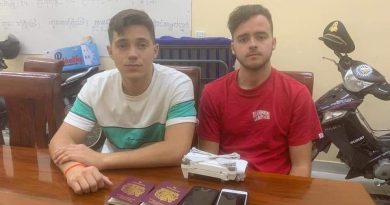 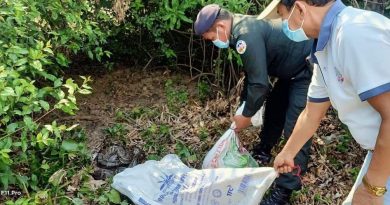