Preah Sihanouk Provincial Police Commissioner Maj. Gen. Chuon Narin disclosed that in the afternoon of December 17, 2019, a series of operations were conducted on December 13-14 by a force of detectives in Phnom Penh and Sihanoukville. Five firearms (one rifle and four pistols) and some ammunition were also seized.

On December 6, 2019, a criminal police force made a search warrant to detain seven Chinese suspects in connection with the illegal detention and unauthorized import of weapons (including paiptols and an M-16) in Sihanoukville. A large qunatity of drugs were also recovered. These arrests gave police further intelligence to carry out the latest raids. POST NEWS 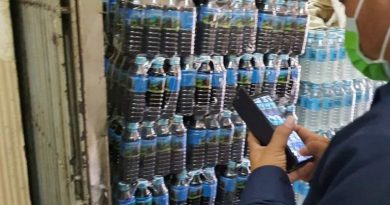