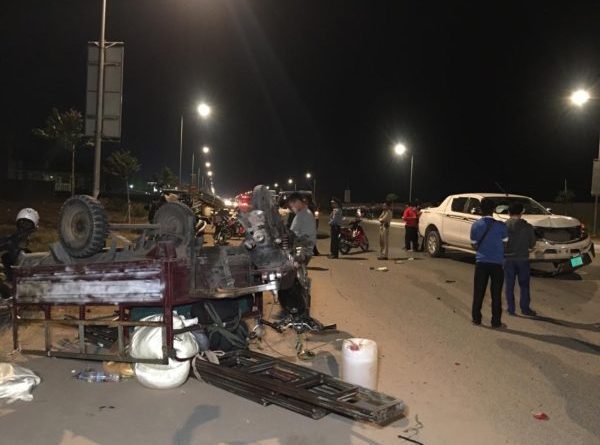 A man suspected of being drunk drove a new Mazda BT-50 into a motorcycle tuk-tuk from behind, causing several injuries.

According to the tuk tuk driver, he, together with seven people, were traveling together in a southbound direction at moderate speed. When coming up to the Mercedes Dealer Company , the white Mazda, State 20 2-8789, driven by a man with a passenger came up from the same direction at high speed and crashed into the trailer on the back of the motorcycle. The tuk tuk went flying through the air and landed upside down.

Four people were seriously injured, and rushed to hospital. The driver of the car and his passenger escaped. AREY 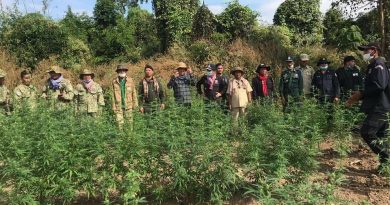 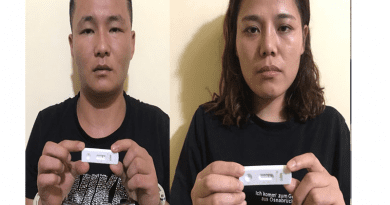