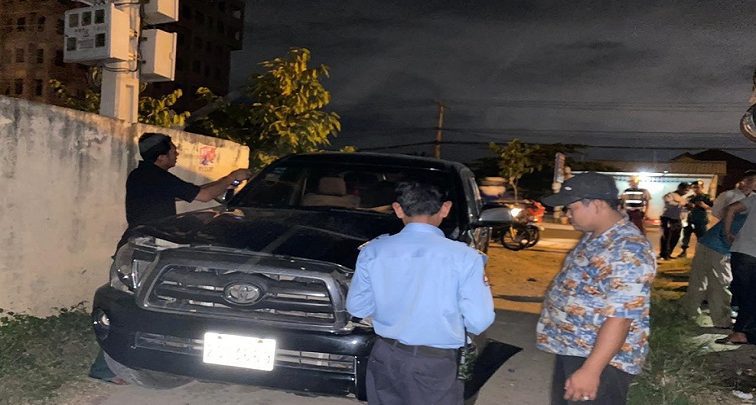 Kandal province: A Toyota driver crashed into a Kandal traffic police officer on duty, causing injuries to his head and both legs.  After the incident, the driver left the car and fled.

UPDATE: Driver Sam Narin, 33, has handed himself in to police.

The incident began when a police officer on traffic control at Prek Prah Bridge in the Prek Ro commune, Takhmao city, Kandal, tried to stop the Tacoma at 8:00 pm on November 2019.

The car then hit Touch Sao Heng, a lieutenant colonel. The black Toyota Tacoma, Phnom Penh 2S-3669 license plate was then left at the scene.

Chheng Sam Oeun, chief of the traffic police, said five traffic police officers were assigned to stand at the intersection of the Prek River Bridge on the National Road 2 to ease traffic there. Touch Sao Heng ordered the Tacoma truck to stop, but the driver sped up, knocking the officer 5 to 6 meters and seriously injuring him.

After a medical examination, it was confirmed he had suffered injuries to both his legs, a broken/fractured hip and a blood clot on the brain.

The search is now on for the driver. CAMBOPRESS 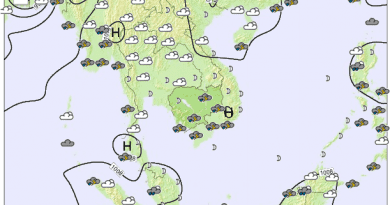 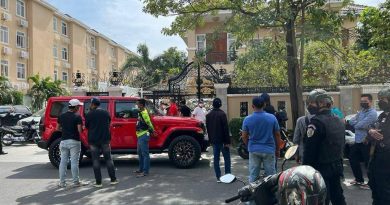 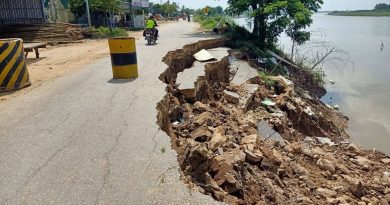