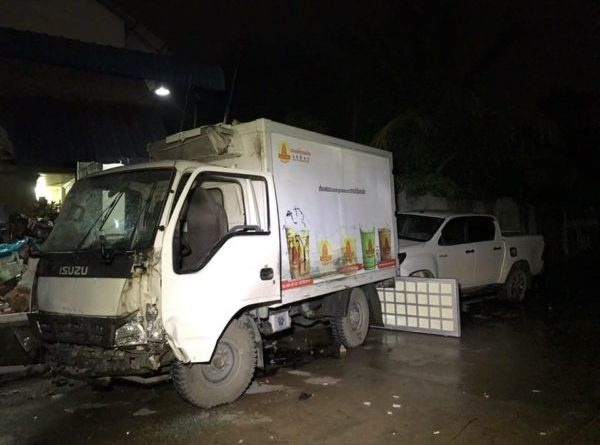 Phnom Penh: On November 12, 2019, there was shock when a devilvery van ploughed into a house about 150 meters north of Toul Sangke pagoda is located in Toul Sangke village, Sangkat Toul Sangke I, Russey Keo district, Phnom Penh.

A van driver, travelling with two other intoxicated men, hit an Indian tuk-tuk and then hit a house, damaging two motorbikes. When trying to back out and escape, another car was badly damaged.

According to the source,the ISUZU was speeding along the road when it lost control, hitting the tuk tuk parked on the sidewalk. The vehicle continued and flew through the door of the house.

The driver reversed, intending to flee, but hit a Hilux. The house owner managed to grab the driver, and the other two escaped. Luckily no one was injured in the accident.

Local authorities arrived the vehicles were taken to be kept at the Russey Keo Inspectorate. AREY NEWS 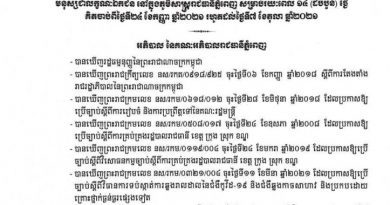 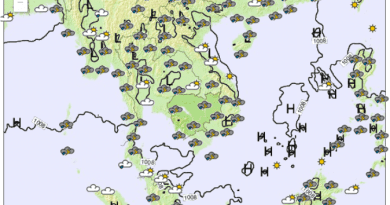 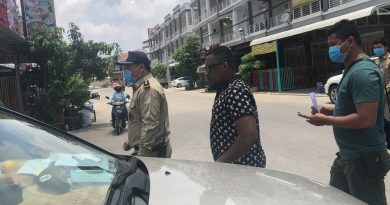