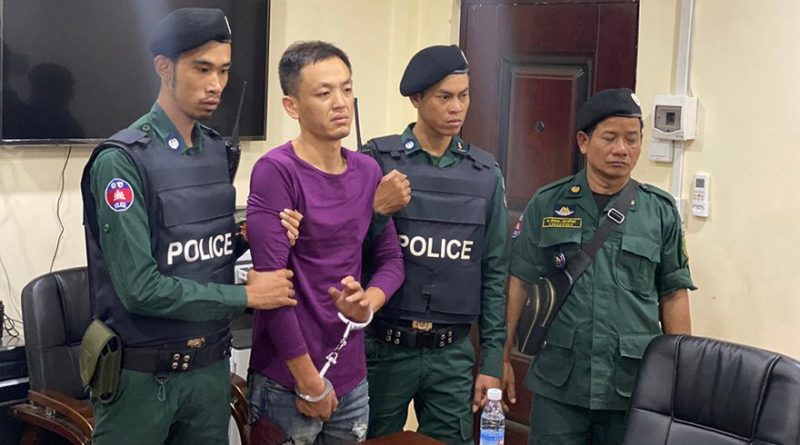 Sihanoukville: A man has been arrested after he confessed to planning and killing another Chinese man, who was found dead on a plot of land in village 6, Sangkat 4 on October 1.

The murder took place at 5 pm at a money changers “Jiangsu” in the town.

WU CHENGHUI, a Chinese male working in the money transfer office was cut into 3 pieces from the head to the waist, the waist to the knees and from the knee to the bottom foot.

The suspect, ZHOU YA YUN, a 29-year-old male, Chinese national, was found with blodied clothing and a LEXUS 470 used to transport the body.

On September 30, 5:00 pm, the victim went to the suspect’s business “Jiangsu” in Group 14, Village 4, Sangkat 4. After giving the money to the suspect, the suspect used a knife and stabbed the victim to death. He then cut up the corpse and disposed of the 3 parts in different locations.

After the suspect confessed, Criminal Police are now proceeding with the case for court. KOHSANTEPHEAP. 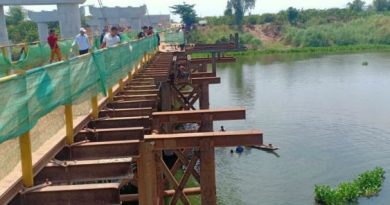 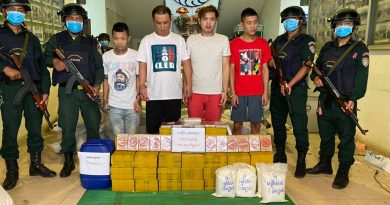 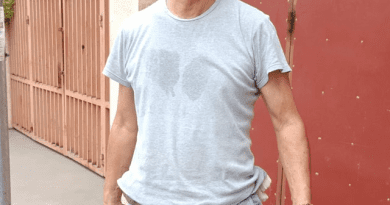