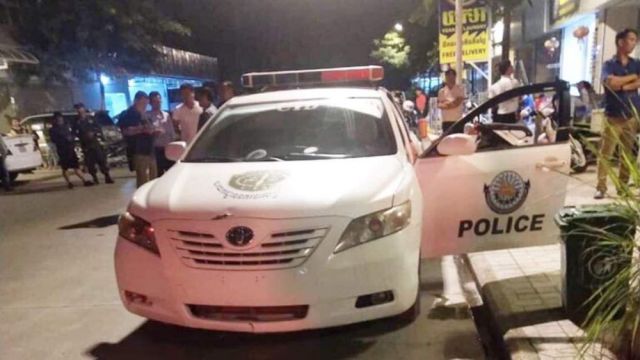 Phnom : On the night of September 23, 2019, in Chbar Ampov district, a man committed suicide by shooting himself in a car.

The incident reportedly happened in front of house 11A, Street 03, in Borey Peng Huoth, which is said to be close to the deceased man’s home.

The victim, Seng Sovann, was a lieutenant colonel and a deputy chief of staff in the Criminal Police Department.

The reason is not yet known, (*although mental health issues are being given in some media sources) and law enforcement is currently investigating. AREY NEWS

UPDATE: Seng Sovann, 37, assistant to the director of the Ministry of Interior’s Criminal Division and a police officer, local authorities said. The National has the rank of Lieutenant Colonel (4 1/2 stars) and served in the Criminal Police Department of the National Police Roles Vulnerability Management Office .

The Ministry of Interior’s criminal police officer shot himself, according to a police source, due to an illness he had suffered from for more than a year .

The victim’s brother, Seng Savoeun, confirmed to the cops, who arrived at the scene that he had found the body.

The victim’s brother states: “In the past, the victim had been having stomach problems for more than a year He also went to Thai and Vietnamese hospitals for treatment, but never recovered, and victis often said he could no longer live”

According to the Ministry of Interior’s forensic expert Nang Sovannaroth and police, the victim died of a self-inflicted gunshot wound from an Austrian-made Glock19. KBN 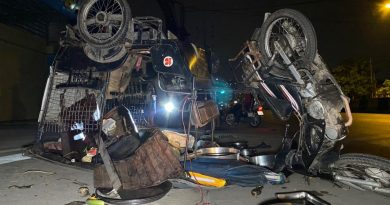 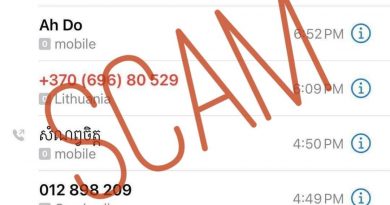 Beware Of ‘One Ring’ Phone Scams 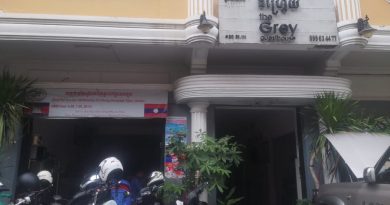