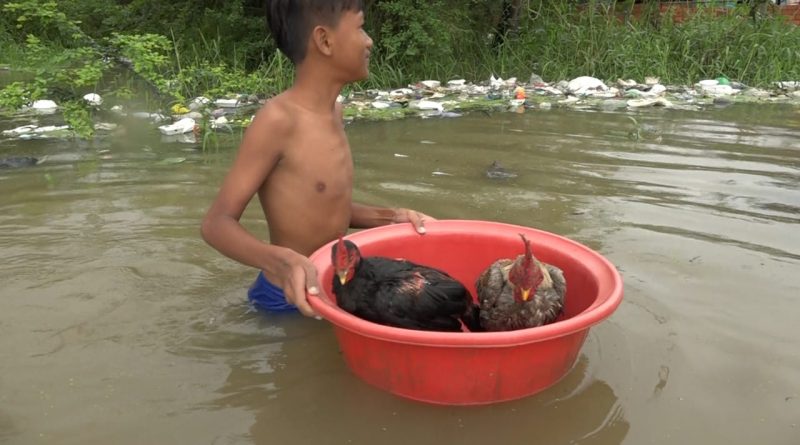 Banteay Meanchey: After continuous rainfall more than 50 families near the border on National Road 5 in Poipet town were evacuated to a safe place on the evening of 22nd.

On the morning of September 23, 2019, Poipet City Governor Keat Hul called on citizens to take care of their children, be careful of electricity and venomous animals.
Torrential rains have flooded several villages in Poipet City, and authorities evacuated more than 50 families to a Korean School and Mongkol Market used as temporary shelter.

Poipet city governor Keat Hul said that the people who had been evacuated to safety this evening on September 22 were residents living near the border and urged authorities a to monitor the water situation.

Although predicted, flooding has caused severe flooding to parts of Banteay Meanchey (including Sisophon), Oddar Meanchey and Pailin. As flood waters move down, other provinces, such as Battambang and Pursat are at risk. NKD 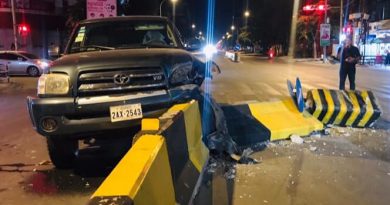 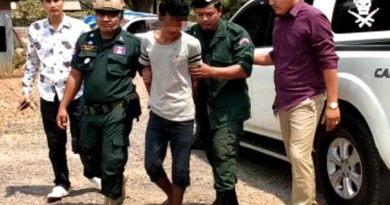 Armed Robbery Suspect Busted After 12 Years On The Lam