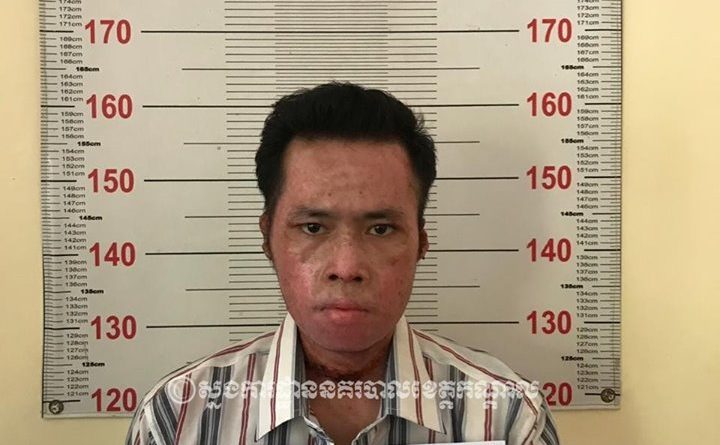 Kandal: Provincial Police Office on September 12, 2019 charged a man killing his wife and setting their house on fire to cover up the crime. The motive behind the crime was that the husband did not want to work and was unable to pay off his debts, so the wife asked for a divorce.

Police say that after an argument the husband became violent, killed his wife and set fire to the house to confuse neighbors and authorities.

This is according to a report by the Office of Criminal Justice, the investigation into the premeditated murder, which occurred on Sunday 14 July 2019, at 2:40 pm, in Po Krom Village, Traeuy Sla Commune, Sa’ang District, Kandal Province.

The victim, Han Srey Mom, was 33, and the suspect was identified as Veng Virak, a 30-year-old Cambodian male trader who was injured in the fire.

Police confirmed that Veng Virak was seriously injured in the incident and has been recovering in hospital.

After receiving information, Provincial Skills Police and the Department of Science and Technology visited the scene to investigate.

Expert police concluded the case was a murder (killed first and set on fire).

The suspect was discharged from hospital on September 11, 2019, and immediately brought to the provincial criminal office for questioning.

A thorough interrogation led to the confession of the suspect who admitted: before killing his wife, the suspect did not go to work for a few days. The wife threatened to divorce, saying that she was unsatisfied.

On the day of the incident, the suspect did not go to work, went to drink coffee, watched TV until 5:00 pm, and got on a Honda motorcycle, returned home to cook at about 6 pm, when his wife returned from work from the factory. The victim went for shower and went up to sleep.

Around 9 pm he went up to sleep with the victim, but he watched a Chinese movie on the phone, causing the victim to complain.

She asked the husband to agree to fingerprint divorce papers with the village chief, but he refused and strangled the victim, killing her.

The suspects changed the dead woman’s clothing and put her on the mattresses with blankets and clothes piled over the body.

Then he took about half a liter of gasoline from his motorcycle and set fire to the room, burning himself before escaping the fire. He was then taken to hospital.

Experts’ conclusions indicate that the premeditated murder began with multiple family conflicts, the husband not finding work to provide for the family, and taking on heavy debts. PPR 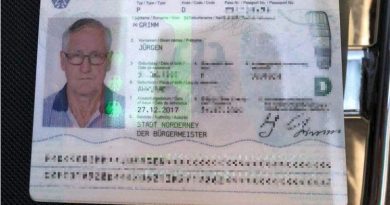 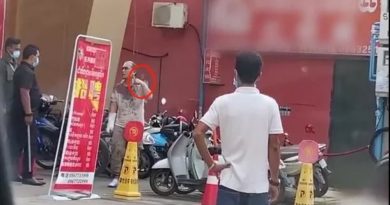 Bloodied Chinese Man Begs For Help As Thugs Give Chase 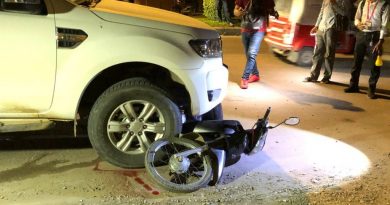