Phnom Penh: On the afternoon of August 27, 2019, Mr. Huot Chamroeun, a former tycoon and a military general, was in front of a Phnom Penh court judge and sentenced to 2 Years and 6 Months on charges of fraud dating from 2017, under Article 377 and Article 378 of the Penal Code.

The decision to punish the former tycoon was made by trial judge Pich Vicheth and his deputy prosecutor Kol Boun of Phnom Penh Municipal Court.

The court’s recent decision on the case is in connection with a $ 97 million fraud case for funding of a school in Takhmao, involving a Chinese national named Han Kuok, a civil party.

At a previous trial, the accused, Mr. Chamroeun, said he did not cheat the victim’s money. He spent it on the project to build a hospital and school in Takhmao city, Kandal province for his victim’s company, but after his arrest in in shooting case, his Chinese business partner sued him.

Please note that at least three different fraud cases have been worth more than $ 200 million have been filed against ex-tycoon Chamroeun. He was previously sentenced to 18 months for an attempted shooting of his wife in 2018.

On the morning of February 14, 2019, the Court of Appeal held a hearing on the verdict of ex-tycoon Chamroeun on two charges, deciding to keep the former tycoon in prison. After the decision, the Court of Appeal moved the case back to the Phnom Penh Municipal Court to continue the proceedings that have just concluded. KBN 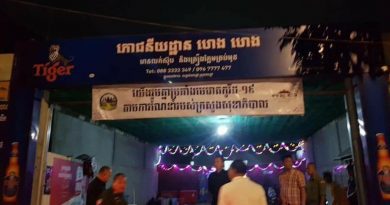 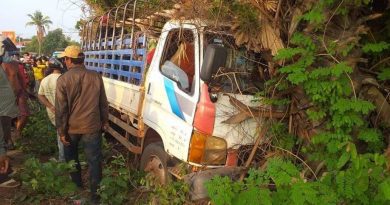