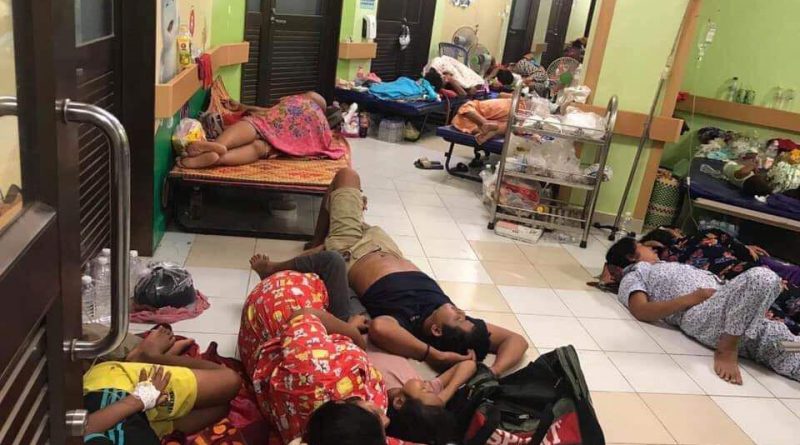 Amid the focus on many other headline developments, including Cambodia’s alignments with China and the United States, the state of the country’s healthcare system is often not explored in depth, particularly among international outlets. But periodic crises tend to point to the issues therein, and the most recent one is the ongoing dengue epidemic hitting Cambodia.

The director of Kantha Bopha Children’s Hospitals, a network of charitable hospitals, has said that as of July 1 his hospitals in Phnom Penh and Siem Reap have seen 30 children, out of more than 16,000 dengue fever patients, die from the virus this year. In more rural areas, hospitals are showing signs that they cannot handle the influx of patients. The Cambodian Red Cross had to set up tents around one referral hospital in Stung Treng province because of a shortage of beds. To the news of hospitals being unable to cope with the dengue crisis, Ou Virak, president of the Future Forum think-tank, tweeted: “Very alarming and a national emergency. Our health care system is broken and the poor are paying the heaviest price.”

“Broken” might be too strong, but the problems facing Cambodian healthcare are sure to become more daunting unless the government stumps up more money. The statistics make this clear. Cambodians still live, on average, some six years less than their neighbors in Thailand, and seven years less than the Vietnamese. On average, they only live 0.1 years longer than the people of Timor-Leste, the poorest nation in Southeast Asia, with an economy a tenth the size of Cambodia’s.

Cambodia has made clear strides in healthcare. In 1990 the average life expectancy from birth was just 53.6 years. But between 1997 and 2019 the average life expectancy from birth rose by 13 years, from 56.2 years to 69.3 years, according to United Nations Development Program’s data. Almost all other indicators point to similar progress over the last three decades. For instance, between 1990 and 2015 the maternal mortality ratio went from 1,020 deaths per 100,000 live births to 161, while the percentage of the population using improved sanitation facilities rose from 12.3 percent to 48.8 percent. Between 1990 and 2016 the mortality rate of infants (per 1,000 live births) decreased by 68.9 percent.

But look more closely at the numbers and one finds that progress is slowing. Take life expectancy, for instance. It rose by 4.8 years between 1990 and 2000, then almost double that rate (8.2 years) between 2000 and 2010, but afterwards slowed down and grew by only 2.7 years between 2010 and 2017, the latest year on record. Or take the infant mortality rate, which decreased 6.1 percent between 1990 and 2000, then more than halved between 2000 and 2010, before falling by just under a third between 2010 and 2016. For almost every indicator, the same pattern emerges: little progress in the 1990s, then a fundamental change at rapid rates during the 2000s, but much slower progress this decade.

In one sense, this is only to be expected. Cambodia began at a woefully low starting point, before a considerable injection of foreign aid and capital investment in the 2000s allowed for quick progress. But as standards rise, it becomes increasingly more difficult for the country to maintain progress without an equally audacious financial commitment from the state.

Sift through UNDP data and you find that the vast majority of countries have increased their spending on healthcare as a percentage of GDP over the last three decades. Thailand spent 3.2 percent in 2000 and 3.8 percent in 2015. China increased spending from 4.5 percent to 5.3 percent, while even Timor-Leste increased it from just 1.3 percent to 3.1 percent.

Beyond those aggregate numbers, the government’s approach to healthcare is also worth noting. The government has been moving the costs onto either patients (through allowing the rapid expansion of the private healthcare sector, which is arguably larger and more competent than state clinics) or onto the private sector itself (with the National Social Security Fund, which workers and employers pay into).

What one finds, then, is that at a time when the government needs to pour increasing amounts into the healthcare system, it is putting on the brakes. And unless it is prepared to stump up more money, progress will slow down and public anger will grow, as the wealthy elite continue to travel abroad for treatment while most ordinary Cambodians struggle at underfunded local hospitals. 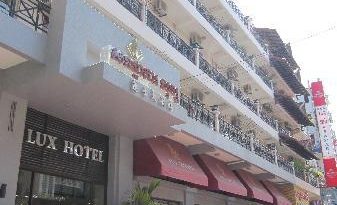 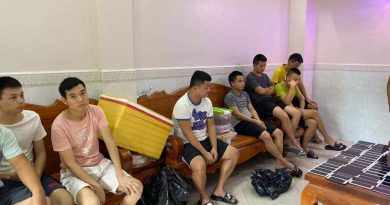 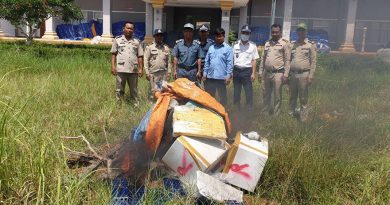