A group of Chinese investors has poured in close to 10 billion baht ($326 million) to develop a new city in Thmada*, a border village in Veal Veng district in Cambodia’s Pursat province — a project which, upon completion, is expected to change the dynamics of trade and tourism along the Thai-Cambodian border.

Thmada is adjacent to Ban Tha Sen in Trat’s Muang district, where both the Thai and Cambodian governments are planning to build a new, permanent border checkpoint, said Wiman Singphan, the vice-president of the Thai-Cambodian Border Trade Association in Trat.

“The project was initiated about six years ago by Cambodian tycoon Try Pheap, the son-in-law of Cambodian Prime Minister Hun Sen, who joined hands with a number of Chinese businessmen to develop the site but failed to bring the concept to life.

The current backers, who are closely linked with “a powerful figure” in Phnom Penh, then stepped in to take over and finance the project, he said.

Once completed, the new city will have more than 10,000 condominiums units.

“It will be built in five phases, and about 80% of the first phase — equal to about 1,000 units — have been completed, along with a five-star luxury hotel, restaurants, high-end casinos, and other public amenities,” he said.

Mr Wiman said the entire project will be completed in the next three to five years, and to date, some three billion baht has been spent on construction in the area.

“Several thousand Chinese nationals have already taken up the opportunity to work and live in Thmada,” he said.

Cambodia is the recipient of several grants and investments from companies backed by the Chinese government.

“In addition to the new border post, several companies have already funnelled in the funds for construction of a major road that will link Thailand with the Cambodian provinces of Battambang, Pursat, and Koh Kong,” said Mr Wiman.

The road will be built only 150 metres from the border line, he said.

“This road is aimed at reducing Cambodia’s reliance on Thailand’s road infrastructure to transport goods from the North to Koh Kong on the Cambodian side,” said Mr Wiman.

“It makes little sense to transport goods from the North into Cambodia via Trat and Koh Kong.”

Upon completion, the road will serve as the main artery for transporting not only Cambodian goods, but also imported products from Thailand and beyond, he said.

The Chinese-fuelled construction boom in Cambodia is not only happening in Thmada.

Just opposite the Ban Mamuang border checkpoint in Trat’s Bo Rai district, another Chinese company will soon begin construction of a city, similar to Thmada.

“The company is now dealing with some necessary infrastructure upgrades before they can proceed, and the city is expected to take shape in the next two or three years,” he said.

Back in April, Cambodian Defence Minister Gen Tea Bank led a joint public-private delegation to inspect the border area known as “Hill 400” ahead of the launch of this border development project.

Gen Tea Banh also crossed the border into Thailand for an informal talk with several members of the community, which shows how important these projects are for the Cambodian government, said Mr Wiman.

“It shows Cambodia’s determination to use development as a mechanism to protect its national security and gain political and economic leverage with the help of Chinese investors,” he said.

In exchange for their help, the Cambodian government has agreed to grant controversial 99-year land-lease concessions to the financiers of its development projects — not only in Koh Kong and Sihanoukville, but also several other areas, he said.

A deep-sea port is being developed in Koh Kong by Cambodian tycoon Ly Yong Phat, for example.

Thmada will become a modern city in every aspect as expected by the Cambodian government, said a border trade investor who asked not to be named.

The new city also will become a model for future border developments — not only will it be a tourist magnet, it will also be a new shopping destination and feature large residential complexes, he said.

According to Mr Wiman, Trat will also benefit from the development of Thmada, as it will draw more tourists to its marine parks from across the border.

Maj Sathian Chamnan, the manager of Suwan Kliao Thong Beach in Trat’s Muang district, said Trat’s locals should expect increased incomes from trade and tourism, which will come from the rising numbers of tourists from China and Cambodia

He is optimistic the project will provide a major boost to Trat’s economy, as it will also attract investors to channel more money to Trat, which would serve as a point of entry from travellers and residents coming in and out from the new city in Thmada.

“Hotels and other types of accommodation businesses will benefit from the boom in tourism that will come with this new development, located just across the border, he said.

“To benefit from the expected boom, Trat needs to keep improving its public utilities and infrastructure,” said Maj Sathian.

“Moreover, Trat needs to expedite its plan to upgrade the border checkpoint in Ban Tha Sen into a permanent post.”

Sutthilak Khumkrongrak, the president of Trat’s Industrial Council, said the idea to open a permanent border checkpoint in Ban Tha Sen is something business operators in Trat have been pushing for many years.

Despite the fact that a mutual agreement was inked by the Thai and Cambodian governments about four years ago, there has been no progress, said Mr Sutthilak.

“Trat will benefit from having a permanent border trade checkpoint there, given the total value of Chinese investment in Cambodia, which now stands at several billion baht at least, and is expected to grow steadily, he said.

The local naval and administrative authorities in Trat have previously discussed adjusting the operating hours of the Ban Tha Sen-Thmada border pass, he said.

“We are proposing to keep the border pass open for the whole day on Mondays and Wednesdays as well,” he said.

Trat has enormous potential in terms of border trade, investment as well as tourism, but the province still lacks sufficient attention and care from the central government, he said.

As more projects get constructed along the Cambodian border, they will have a greater impact on Trat’s economy.

Now, it is all up to the government and the private sector to adjust their perspective, and keep up with the changing landscape to benefit from the boom across the border which can only help trade on both sides, he said. 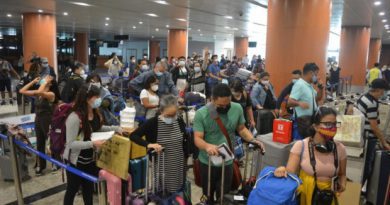 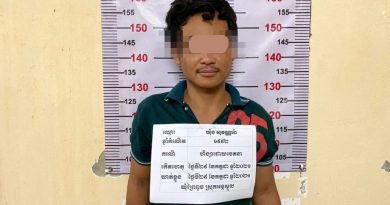 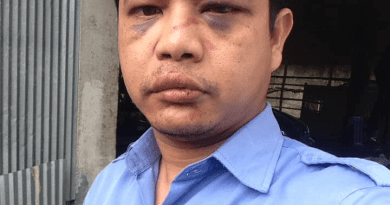