PHNOM PENH — A senior Pentagon official has suggested that Cambodia may be planning to host Chinese military assets at its naval base.

U.S. Deputy Assistant Secretary of Defense for South and Southeast Asia Joseph Felter made the suggestion in a frank letter last month to Cambodia’s Minister for National Defense Tea Banh.

Felter wrote actions by the ministry could indicate larger plans for a Chinese presence at Ream Navy Base, a scenario that would have major security implications for the region where China is seeking to exert growing influence.

Specifically, he demanded to know why the Defense Ministry had backtracked on a U.S. offer to refurbish buildings at the base in Preah Sihanouk province on Cambodia’s southwest coast, the epicenter of heavy Chinese investment in recent years.

The letter, seen by the Nikkei Asian Review, stated that the deputy commander of Cambodia’s National Committee for Maritime Security Tactical Headquarters had asked for the repairs when Felter toured the base in January.

The buildings concerned include a training facility and boat depot, which were built with U.S. funds. The boat depot, completed in 2017, was constructed to house six RHIB patrol boats given to Cambodia by the U.S.

Felter said funds for the upgrade were approved in April. In June, however, Cambodia’s Defense Ministry told its American counterpart the upgrades were “no longer necessary”.

“I would greatly appreciate a more detailed explanation for why these repairs — which your staff requested — are no longer necessary as well as your future plans for these U.S.-funded facilities,” Felter wrote.

“The notification letter of 6 June 2019 has been sent throughout the U.S. government and is fueling speculation that this sudden change of policy could indicate larger plans for changes at Ream Naval Base, particularly ones that involve hosting Chinese military assets,” the letter said.

“We have provided significant support and assistance to the Cambodian military over the past 28 years and hope to continue to be able to work together in areas of common interest.”

Speculation has been increasing that China has designs for a base in Cambodia, by far its closest ally within the ASEAN bloc.

Attention, however, has so far focused on Koh Kong province, to the west of Preah Sihanouk.

There, a multibillion tourism development by China’s Union Development Group (UDG) has raised eyebrows, with analysts saying a 3.2 km runway — the longest in Cambodia — and planned deep-sea port included in the project suggested that it could become a forward base for China’s armed forces.

Chinese and Cambodia officials have denied the reports, including Hun Sen, who has pointed to the country’s constitution, which prohibits foreign military bases on Cambodian soil.

Speaking to Nikkei on Monday, Cambodia’s Minister of Defense Tea Banh acknowledged receiving the letter from Felter, but denied that Cambodia was planning to host a Chinese military presence at Ream Naval Base.

He accused Felter of “speaking off the cuff.”

“The base is built for Cambodians to work there,” he said, denying Chinese military assets would be hosted at the base.

“It’s a distortion of the [facts],” he added of the suggestion.

A call to the Chinese embassy spokespersons in Phnom Penh went unanswered this morning.

A spokesperson from the U.S. embassy said the U.S. Department of Defense had verified the letter as genuine but said they could not provide a further comment at this stage.

A recent port call by three Chinese warships in January occurred at nearby Sihanoukville, home to the country’s only deep-sea port.

Currently the waters surrounding the base at Ream are only deep enough to accommodate small patrol vessels, meaning any hosting of frigates or destroyers would require dredging.

Cambodia’s Prime Minister Hun Sen, who has been in power for more than 30 years, has moved increasingly close to Beijing in recent years, securing billions of dollars for infrastructure projects under the Belt and Road Initiative. At the same time, the government has come in for increasing condemnation from the West for democratic backsliding.

China’s investment in Cambodia has driven a massive construction boom, particularly in Sihanoukville, the main city of Preah Sihanouk province.

The once-sleepy city has been transformed by a slew of casinos and hotels catering to the thousands in Chinese visitors now flocking to the seaside destination.

And while it has backed major infrastructure projects like dams for hydroelectric power in recent years, experts say Beijing’s largesse has long been focused on Cambodia’s military.

Its military aid to the country has included millions of dollars worth of weapons, vehicles and facilities, including a military academy, which sends recruits to train in China.

The increasing Chinese influence has also coincided with waning security relations with Western partners like the U.S.

While Cambodia earlier this year hosted the fourth iteration of a massive joint-military training exercise with the People’s Liberation Army, it indefinitely suspended the long running U.S. joint-training exercise Angkor Sentinel and other U.S. military assistance programs in 2017.

Carl Thayer, emeritus professor at the University of New South Wales and expert in Southeast Asia security, said the suggested plans “fit the bill” of Beijing’s approach to maritime influence in the region.

Whether or not the plans take the form of a permanent Chinese base, Thayer said China could “incrementally” increase its presence at the site and extend its power projection in the region.

Any hosting of Chinese military assets in Cambodia would also cause “disarray” with ASEAN, he added.

Several members of the bloc have competing claims with China in the South China Sea, including Vietnam, which has long had close military relations with their Cambodian counterparts.

“We know from the Pacific, where China has thrown out suggestions and offers to smaller countries, so it would fit the Cambodian model, of wanting access,” Thayer said.

“You start an arrangement with Cambodia and keep testing and pushing it so there’s no longer any resistance when you want to show up. China could do this incrementally, you visit you stay over, you have it for long visits, you do joint exercises and keep pulling in and out, building the facilities to be able to service Chinese ships.” 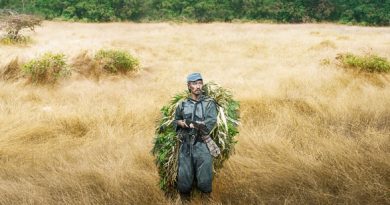 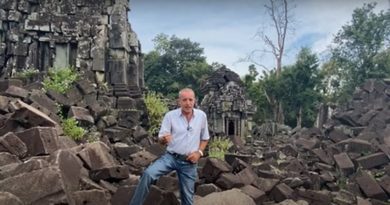 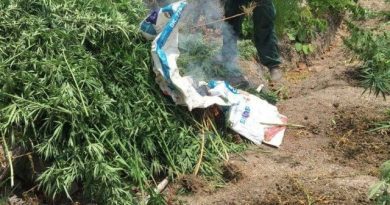 One thought on “US Questions Cambodia Over Possible Chinese Military Presence”