*The recent construction tragedy in Sihanoukville was not widely reported in mainland China, despite the huge investments in the region and Chinese citizens being held accountable for the deaths of 28 Cambodians.

Here is a blog, originally written in Chinese, looking at the issues facing Sihanoukville for the ‘new’ Chinese community.

Just now, the hidden danger of high-speed growth has finally erupted in Cambodia!

In the early morning of June 22, a 7-story building under construction in Sihanoukville, Cambodia collapsed. As of noon on the 24th, nearly 50 people were killed or injured (28 of them were killed).

Overnight, this news made Cambodia a headline for the world’s major media outside of China.

The history of the world economy tells us that the rapid economic growth will inevitably be accompanied by certain hidden dangers, and the collapse of the building is the most prominent manifestation of these hidden dangers.

33 years ago, the 6-storey Singapore New World Building quickly disintegrated due to structural reasons, killing 33 people in less than a minute;

10 years ago, the 7th building of the Lotus River in Shanghai collapsed and the workers were crushed…

Although the cost is very heavy, it seems that the building does not have a problem and does not mean that its economy is growing at a high speed.

The tall buildings under construction collapsed in an instant, dozens of workers were unfortunately buried, the families of the victims were unhappy, and government officials were dismissed…

More than a decade ago, in some places where China’s laws and regulations were not perfect, the frequent “tofu” projects often caused many families to fall into the abyss overnight.

Especially in the inflated growth of Westport, Cambodia, in just a few years, it has concentrated the development process of developed economies for decades, and it is more prone to such risks.

The collapsed 7-storey building was developed by the Chinese and had been built 80%. It collapsed in the early morning when nobody knew it. This is not necessarily the first domino that fell in the dream of Westport, but it has declared that it is “closed eyes” to save money, and the “big adventure” era of high returns is gone.0

In a gorgeously decorated casino, huge chandeliers hang from the ceiling, cigarettes are in the air, baccarat games are getting fierce, chips are slammed onto the table, and $100 bills are being arbitrarily waved. Chinese tourists crowded around shouting excitedly.

It is not Las Vegas, not China, Macau, but Sihanoukville, an ordinary fishing port in southwestern Cambodia. A little-known little port has become more and more famous because of the influx of Western backpackers, Russian rich and Chinese investors.

“Special Economic Zone”, “Free Trade Port”, “Chinatown”, “Second Macao”, “Sea View Room”… The concept brought by the Chinese to Westport is more than crazy.More than half of the more than 100 casinos in Westport are opened by Chinese people; hundreds of hotels with Chinese signatures have opened in Westport… The number of Chinese signs is far more than the Cambodian billboards.

Changlin, a 38-year-old resident of Westport, said, “Three years ago, there were no Chinese people here, and now, you can see almost only Chinese people. “

The reason why China is not tired of making concepts is because we are familiar with the value of real estate or land with concepts, which are generally very attractive. A port that has just been developed in, the price of the property near the sea has exceeded 20,000 yuan, approaching the price of the core area of ​​the capital Phnom Penh.

However, the building collapsed when it was built on the seventh floor and became an international headline. The three Chinese and Cambodian Nie Hui have also been arrested (and charged) by the local police.

Cambodian Prime Minister Hun Sen rushed to the scene of the accident overnight, and the Governor of the Westport Province and the Minister of State also lost the black silk cap. At this time, no one knows where the Chongqing guy who had previously threatened to “guard” Xigang went.

The Cambodian Ministry of Land Planning and Planning stated that the project did not have permission for construction activities and was stopped by the local government twice, but it was still built to the seventh floor. The reasons behind it are still unknown, but many people have begun to guess. On such a sudden expansion of investment hot land, the problem that can be solved with money may not be a problem.

From 2016 to 2018 alone, Westport received $1 billion in foreign direct investment.From a once-sleeping fishing village to a beach resort, Westport is like a beautiful dream that masks all potential pitfalls.

In fact, if Westport’s “explosive thunder” is historically viewed, it can be regarded as paying a tuition fee, which is a problem that is often encountered in the real estate development stage of most countries.

In developed countries in Europe and America, there have been “tofu” projects caused by irregular laws and regulations. More than a decade ago, China’s “tofu ” projects were everywhere, and it was repeated.

In order to pursue rapid economic growth, some unconventional means often appear one after another, which brings a series of developmental chaos. However, it is also good news for Westport. The chaos under the glitz began to appear, which would force the local government to speed up the improvement of the law and strengthen the pace of supervision, so that the huge bubble will begin to disintegrate.

In this context, we can’t help but ask how to buy a house overseas to avoid the “tofu” project.

First, don’t blindly try to be cheap.In Westport, prices are three times that of the capital, Phnom Penh, and housing rents have tripled in just two years, but the average house price is only 10,000 yuan, which is very cheap compared to other Southeast Asian cities. Therefore, many investors are completely “closed eyes” to invest in Westport. They feel that they can lie down and collect money as long as they throw in the money.

However, we are investing in a house, which is an investment made of bricks and tiles. Because we can’t often supervise workers, so what kind of quality construction workers are employed, what quality construction materials are purchased? In general we are all ignorant. Therefore, it is not the price that is absolutely cheap or the price advantage. The money we spend more is paid for construction experience and construction quality.

Second, don’t choose a developer with no background.In this building that collapsed in Westport, even privately developed, the contractor may never have building experience, but just because of the temptation of money, the problems started. Even for institutional developers, we must pay attention to its political and economic background as well as its construction experience. Only peace of mind welcomes the delivery of the house, we can feel at ease to enjoy the rich rental returns.

Although the most criticized Chinese developers can’t make a “one size fits all”, they have indeed entered Westport and even Southeast Asia in a near-crazy state in recent years. In the face of undeniable facts, we should review the developer background through a professional consulting organization, or directly choose a reliable developer to cooperate with professional institutions.

Third, if you can choose, try to choose a prospective home.The quasi-existing house can be handed over in a year or so, and now it has entered the capping stage or the decoration stage. In this case, the house frame has been generally fixed, which can avoid large-scale engineering accidents, avoid the risk of unfinished engineering, and also rent as soon as possible, locking in the current high rent.

Fourth, conduct field visits as much as possible, including stepping and national analysis.The message of hearsay is always fragmentary and lacks real feeling. Only when we go to the scene and go to the scene, we will understand what kind of facilities are there, why the house prices and rents can rise steadily, in order to understand the construction quality and construction process. .

The fifth and most important point is that before buying a house, we need to find a professional consulting agency to find out all the information about the property , including the advantages and disadvantages of the property and the regional characteristics, as well as the qualification of the developer and the quality of the house. In the first step of buying a house, you will get through every step after that, and you will be steady and steady to avoid stepping on the pit.

Cambodia is a country still in the 1990s. The law is incomplete and the supervision is not strict. The temptation full of money is of course full of traps. We originally purchased overseas real estate in order to avoid some risks, but because we did not consult professional institutions and fell into greater risks, it was not worth it.

What’s more, a direct sale of a domestic suite to Xigang speculation, in a market where almost no locals can be seen, who gives you the courage? 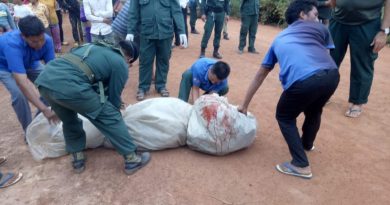 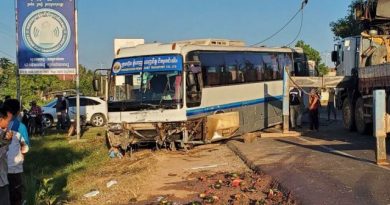 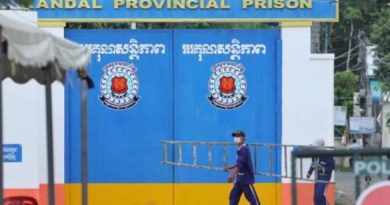