One of the suspects was arrested by the local people in connection with poisoning dogs, and a failed attempt to steal a motorbike.

According to police chief of Bavet, the detained suspect was identified as Chun Samnang, a 40-year-old fromTram Kok district, Takeo province. Another male, aged about 33 escaped on a motorcycle.

The source added that local villagers caught the suspect (*and appear to have ruffed him up a little).

The local police arrested him and took him to Bavet City Police Inspectorate to file a case to the provincial legal office. 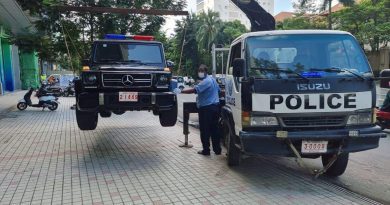 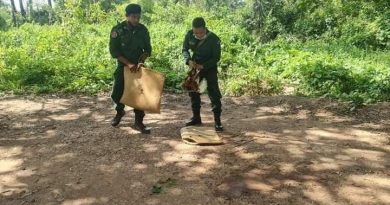