In a Facebook post on May 31, Prime Minister Lee expressed condolences on the passing of former Thai PM and President of the Privy Council, General Prem Tinsulanonda, who he said served at the time five ASEAN members came together “to oppose Vietnam’s invasion of Cambodia and the Cambodian government that replaced the Khmer Rouge.”

“Thailand was on the frontline, facing Vietnamese forces across its border with Cambodia. General Prem was resolute in not accepting this fait accompli, and worked with ASEAN partners to oppose the Vietnamese occupation in international forums. This prevented the military invasion and regime change from being legitimised,” the post said.

Hang said the ministry has discussed with Singapore’s Ministry of Foreign Affairs over the matter.

The U.N.-backed Extraordinary Chambers in the Courts of Cambodia found two leaders of Cambodia’s Khmer Rouge guilty of genocide on November 16 last year, almost four decades after the regime which oversaw the “Killing Fields” was overthrown.

As a responsible member of ASEAN, Vietnam will continue working with other members to build a strong and solid community that plays central roles in the region, Hang said on Tuesday.

Minister Banh told The Khmer Times that he has requested Singapore to amend the Lee’s statement as it “was not true and not reflective of the history.”

“We cannot accept what he said. We have already clarified that Vietnamese volunteer troops came to liberate our people,” he said.

Many also said that Vietnam had assisted Cambodia in fighting the Khmer Rogue. “We wanted to be saved from the genocidal regime of the Khmer Rogue. The help came in form of the Cambodian People’s Party with the assistance of our neighboring country’s Vietnam.”

The Khmer Rouge, led by Pol Pot, general secretary of the Communist Party of Kampuchea, Cambodia’s former ruling party, invaded Vietnam and killed tens of thousands of Vietnamese from 1975 to 1979 as part of their genocidal agenda. Upon request by Cambodian revolutionaries, Vietnamese soldiers marched into Phnom Penh in January 1979 during the counter-offensive on the southwestern border to free the capital from Khmer Rouge’s regime. 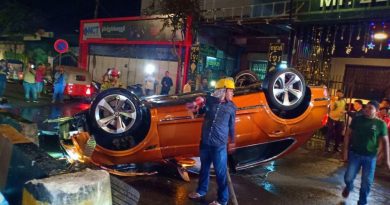 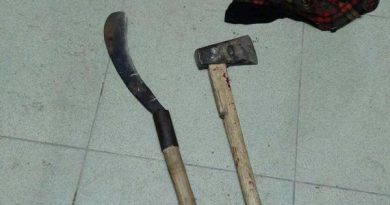