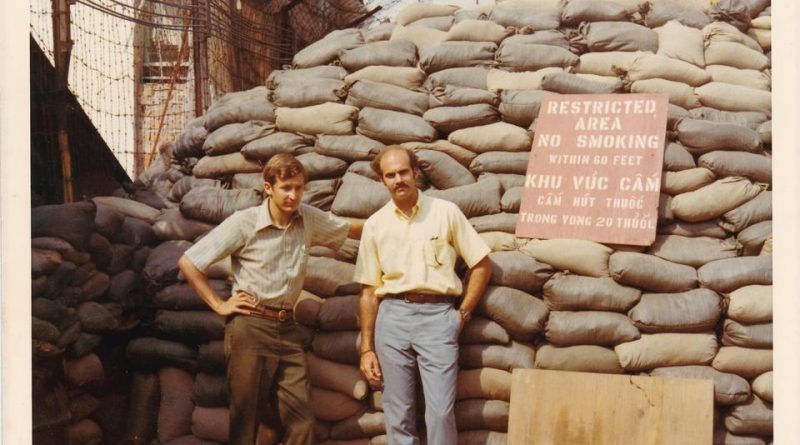 ROCKFORD — The surprise Tet Offensive in early 1968 began the bloodiest year of the Vietnam War and created a voracious appetite for more soldiers as the war continued to escalate. Among the fresh recruits was a group of college graduates who chose to enlist and become “spies” rather than face an uncertain future in the draft.

They posed as civilian contractors, covertly gathered information about the enemy and cozied up to the indigenous peoples of Vietnam and Cambodia.

For the first time in five decades, that group of men, who affectionately call themselves “spooks,” gathered last week ahead of the Memorial Day weekend.

John Frana, 74, of Rockford, was among the U.S. Army soldiers who 50 years ago found themselves assigned to military intelligence school at Fort Holabird in Baltimore in the spring of 1969.

“We were all facing draft notices,” said Frana, who had studied English at the University of Illinois at Urbana-Champaign, where he earned a bachelor’s degree in 1968. “It was unusual. We were in the middle of the Vietnam War and this is a course that had historically been only open to career military. We were all enlistees.”

It was the Cold War and although the fighting was in Vietnam, the real enemy was the Soviet Union, Frana said.

Army recruiters were looking for soldiers who could qualify as intelligence officers. With his draft looming after college graduation, Frana said enlisting seemed the wisest course of action and was his best chance to survive the war. Most draftees wound up in the infantry, Frana said.

Enlistees spent a third year in military service, but often had more say over their military occupation.

Frana said he went to the Pentagon to meet with the officer who would decide which language he would study. Frana told him it would make sense to build on the Mandarin he had taken for a year in college. He was assigned to learn Cambodian.

“He just looked at me and said, ‘We have a requirement for a Cambodian linguist next year, and you’re it,’” Frana said.

By that time, many Americans’ faith in their government was shaken. A public that had been told the United States was winning the war in Vietnam grew skeptical after the heavy toll exacted by the Tet Offensive — a surprise attack that began during the lunar holiday in January 1968. The Civil Rights movement was raging when Martin Luther King Jr. was assassinated in April 1968.

“None of us believed in why the U.S. was in the war, but were doing our duty to the best of our ability, nonetheless,” Frana said. “There were no illusions about how we would be greeted when we returned. Some of us actually participated in an anti-war demonstration on the Mall when we were stationed in D.C. and were teargassed in the process.”

Briggs said he enlisted in the military despite misgivings about the war.

“This was during a time of tremendous social upheaval back in the United States,” Briggs said. “Just because we were in uniform didn’t necessarily change us from the attitudes we had as civilians. Most of us picked enlistment in general, and enlistment for military intelligence, as making the best of a bad situation. Otherwise, we would have been drafted and put in the infantry right out of college.”

As intelligence officers, they almost always wore civilian clothing while in Vietnam. Briggs, who shipped out to Vietnam in December 1970, spent some of his time gathering information from the indigenous Montagnard people of Vietnam in Ban Me Thout of the Central Highlands.

The Montagnard were a separate ethnicity from the Vietnamese and were largely anticommunist. So although they lived a primitive lifestyle, they were valued by the U.S. and its allies for their vast knowledge of the countryside and served as guides for American patrols, Briggs said.

“I even became ‘engaged’ to the village chief’s daughter one night after a dog dinner and too much rice wine,” Briggs wrote in a brief biographical summary. “I still wear the Montagnard bracelet.”

Briggs said he of course declined the chief’s “gift” of a daughter.

Although Briggs said it was frustrating how often intelligence he gathered went ignored, he won a Bronze Star for coming up with information that led to a particularly successful mission.

The old joke is that military intelligence is a contradiction in terms, Briggs said.

“I counter that by saying it’s in fact a deadly serious function,” Briggs said.

Following military intelligence school, Frana married his college sweetheart, Jean, in Rockford. On his flight into Vietnam, he witnessed a firefight between communist and allied forces in a defoliated region of jungle. Communist forces used green phosphorous tracer fire and the Americans used red.

Frana said he existed in a surreal environment in Vietnam in which he typed up his own license to wear civilian clothing at all times and his own driver’s license, authorizing himself to drive up to a 500-ton truck. Stationed at Cu Chi, north of Saigon, he ran a cross-border ring of operatives across the Cambodian border.

After the war, Frana became an amateur and semiprofessional race car driver for 17 years. He raced Formula Vee, Formula Ford and Formula Super Vee air-cooled cars. He earned a master’s in business administration from Northern Illinois University and was the executive director of Crusader Clinic in Rockford for 23 years.

He went on to found the FranaGroup, a consulting firm that secures grant funding and provides operational assistance for federally qualified health centers across the country.

“The thing that struck me about Vietnam, from the time I flew in, until the day I left, was the incredible waste and pointlessness,” Frana said. 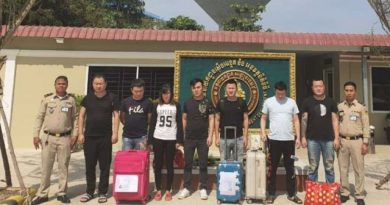 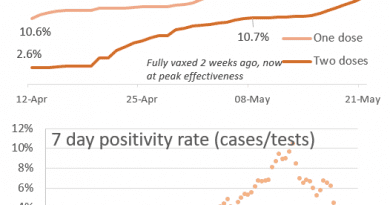 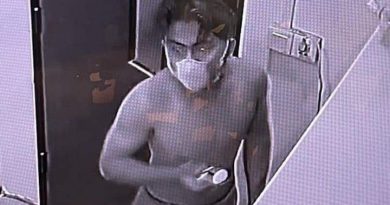