Phnom Penh: Two youths were arrested on Friday, May 17, 2019 after a street robbery along Street 102 at the corner of the 19th street in Wat Phnom commune, Khan Daun Penh district, Phnom Penh.

Two high school students driving a Nex motorcycle snatched a bag from foreigners walking down the road, but failed to get away and were arrested immediately. One of them was wearing his school uniform.

Before the incident, a group of foreign men and women were walking down the street when the suspects on a Suzuki Nex snatched a bag. However, in a panic, they crashed 100 meters away, captured and taken to Wat Phnom Police Office.

The two suspects are still unidentified and the police are questioning them at the station. 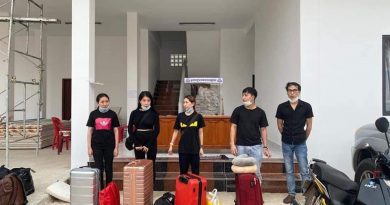 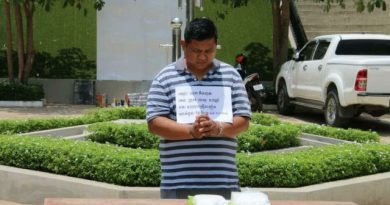