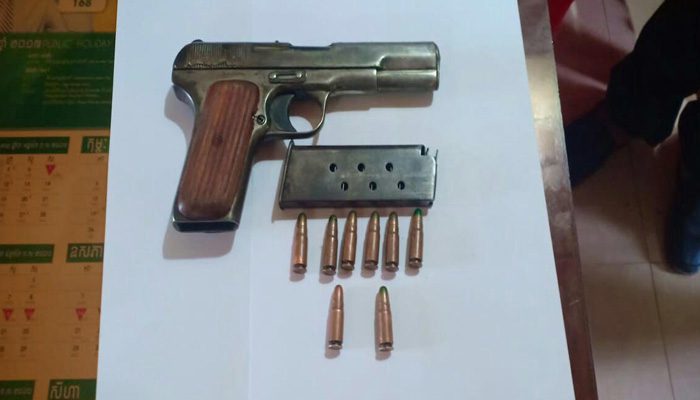 Kampong Speu: The murder of a sports teacher at Tang Meng High School located in Haong Samnam Commune, Aoral District, Kampong Speu Province at around 1 pm on May 8, 2019, was due to a love triangle.

An Aoral district police official said the victim, named Touch Veasna, a 25-year-old male, had been working as a sports teacher at the local school.

Police said after the shooting the suspect escaped on a motorcycle for about 20 minutes before being captured. The suspect had 7 remaining live bullets, so posed a threat to others.

According to the gunmen ‘s confession, he was married to a woman in Kong Pisey district since 2015. But later, he went to do business in Banteay Meanchey province, only occasionally managing to meet his wife.

The suspect confessed he had just been divorced for about five months, but two years ago found out his his wife was having a romantic affair with the sports teacher, causing him so much dissatisfaction.

The suspect warned the victim to stay away from his wife, but he refused to stop. Later the victim began posting photos of him and the suspect’s wife on Facebook. The suspect then bought a gun from Banteay Meanchey and came to shoot the victim.

The suspect added that he would surely shoot his ex-wife if he found her too..

The man was detained and sent to the provincial commissioner for questioning and legal proceedings. 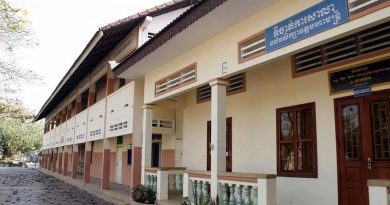 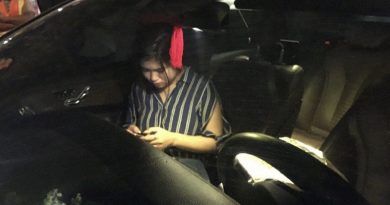 Mercedes Girl Gets Off With $7k Compo 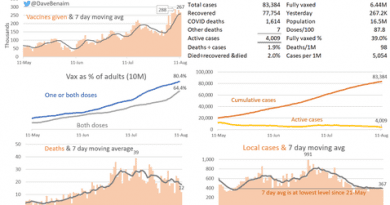