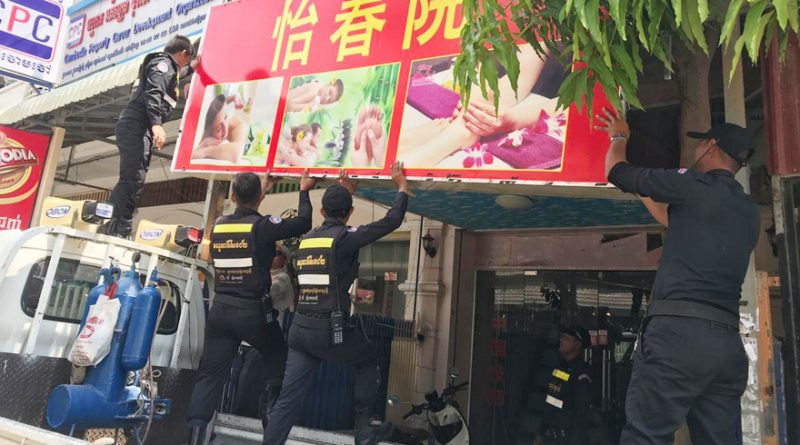 Phnom Penh: Two massage parlours managed by Chinese were raided in Posenchey district. 10 Chinese women who were employed as suspected sex workers were taken for questioning.

The crackdowns both took place at 9 am on April 30, 2019 along Street 113 in Prey Thk Village, Sangkat Chom Chao 3, Khan Por Senchey, Phnom Penh.

Two Chinese men who were the bosses of the massage parlors were also detained. A Chinese woman managed to escape.

Police said that the two massage locations were run by a 50 year old Chinese (woman) who escaped from the raid.

In each location, there were Chinese signs and the businesses had no official permission. Previously, residents reported that the “Eh Kyung Yan” brand massage shop was a site for sexual services.

Police are now hunting for the top boss. https://kohsantepheapdaily.com.kh/article/833782.html 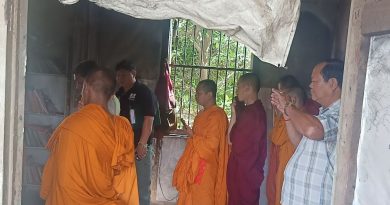 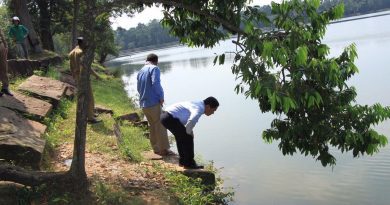 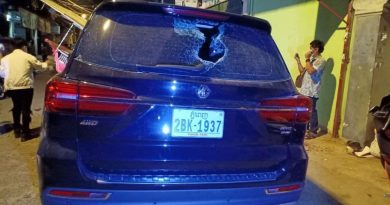