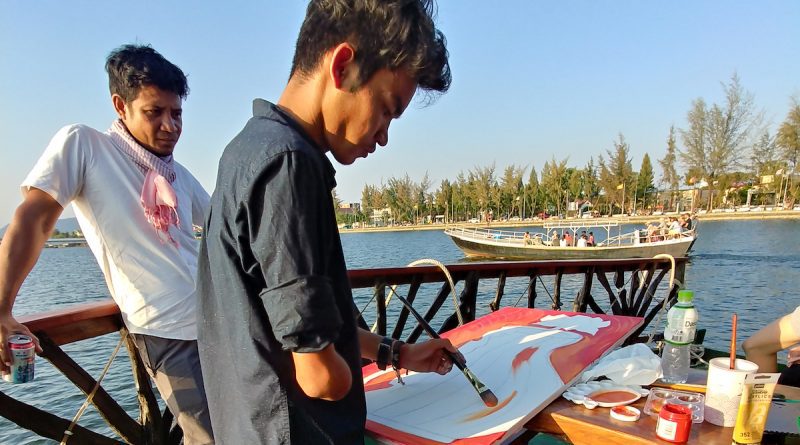 PHNOM PENH, CAMBODIA — Lauren Iida, an accomplished Seattle artist, creates spaces and opportunities for Cambodian artists to train and excel. She is the founder of Open Studio Cambodia, a fledgling art center in Kampot, the small coastal city south of Phnom Penh, Cambodia’s capital. The center gathers and trains emerging artists, many of whom live with disabilities and have enjoyed very few chances to hone their art skills.

Iida, who has Japanese American roots on her father’s side, studied art at Cornish College of the Arts. She traveled the world extensively before finding a calling in Cambodia more than 10 years ago. She now lives in Cambodia, and frequently visits her family in Washington.

Iida still has strong ties to the state. Her gallery representative, ArtXchange Gallery, is in Pioneer Square, and she has been selected as one of the artists to create public art for the major addition to the Washington State Convention Center in downtown Seattle.

Cambodia has a history spanning hundreds of years and has reached the highest level of cultural excellence. Yet the country has also suffered a horrific genocide at the hands of its own people.

The long and complex history of Cambodia and the resilience of its people are reflected by the range of artists that we met on Iida’s tour, and by their commitment to developing Cambodia’s artistic voice.

I joined one of Iida’s smaller tour groups earlier this year. For nearly two weeks, we traveled to four cities including Phnom Penh, Kampot, Battambang and Siem Reap, which is adjacent to Angkor Wat, one of the world’s greatest heritage sites. We saw a spectrum of rickety farm structures to ornately designed rural Buddhist temples to stylish “world-class” coffee shops and gourmet restaurants.

Iida introduced us to more than 20 artists, most of them young men and women. Some had a chance to study abroad, and others had been born and barely survived in refugee camps for Cambodians who escaped to Thailand and other bordering nations.

Cambodia is one of the poorest nations in Asia, measured by per capita GDP. It is also highly homogeneous. The nation’s largest ethnic group is the Khmer, with almost 98% of its 16 million people from that community. About 97% of the nation’s population practices Buddhism. The nation is also highly literate at 77%.

But economic disparity has grown since the dark days of genocide of the educated class by the Khmer Rouge Communist regime. The Khmer Rouge were responsible for the deaths of nearly 25 percent of the population through severe deprivation and harsh physical labor and torture between 1975 and 1979.

It is also important to recognize the lasting effect of the genocide during Pol Pot’s regime, and the decades of civil war that lasted until the late 1990s. A lot of the artists we met on the tour weren’t born at the time of the genocide but grew up during the civil war (which lasted for years after the Khmer Rouge technically lost power). During this period, Cambodia had little infrastructure, an extensive black-market economy, widespread poverty and military violence against citizens.

Cambodia has an extensive history of advanced political, artistic and architectural civilization dating back 500 to 1,000 years. But many members of the surviving population over age 50 remembers living under the Khmer Rouge. It still deals with the psychological scars caused by the loss of family, land and education.

Some of the artists we met point out the economic disparity for farmers. Phnom Penh photographer Neak Sophal told us that a third of farmers earn only 61 cents a day.

Neak recently worked with rural women on a public art event. There, she interviewed them and asked if they would bring in their most important home tool — the family’s rice pot — to create an outdoor sculpture. They would receive a new pot in exchange.

Another artist whose work we viewed at the Mirage Gallery in Siem Riep, painter Srey Mao, focuses on environmental destruction. Her layered paintings depict the loss of rural lives and land that occurred when a large dam failed in her home district. Her artwork shows ghostly figures floating beneath the water level.

Chan’s story is one of loss and redemption. His family, who lived in a rural area, sent him to work in a brick factory at age 13. There, he lost his arm in the machinery. Before he was aided by a foreign-financed children’s hospital in Phnom Penh, he nearly lost his life.

As an amputee teen, Chan tended to cows until a man in his village connected him with a nonprofit that worked with disabled youth. Through the nonprofit, local artists and some villagers took notice of his artistic talent. Now, at 26, he has found places to show and publish his artwork.

For his next project, Chan is working with the e-Nable and Agile Development Group in Phnom Penh. They will be training him to use a 3D printer so that he can design and improve on existing 3D-printed prosthetics for himself and others.

We also met long-established artists on the tour. One of them was the internationally recognized Cambodian artist Pich Sopheap, who let us visit his large new studio in Phnom Penh.

I had first become familiar with Pich after viewing his sculptures at Documenta, the international art exposition in Kassel, Germany. His work also has been shown in many museums and galleries around the world; one of his sculptures can currently be seen at the Bill & Melinda Gates Foundation in Seattle.

Pich’s family came to the United States as refugees and settled in New England. He eventually went to art school in Chicago, and spent part of his time as a student studying in Paris. After getting his MFA, Pich returned to Cambodia. He dedicated himself to cultivating his artistic style there, often incorporating native plants into his work. His art is now known for regularly featuring long bamboo slats woven into contemporary sculptures.

In the mid-sized city of Battambang, which is located near the Thailand border, we met the artists of the Romcheik 5 Artspace, the gallery and home of burgeoning artists Mil Chankrim, Bor Hak, Hour Seyha and Nget Chanpenh. As children, each of them was caught embroiled in forced labor in Thailand. They were arrested, then rehabilitated by a nonprofit organization.

They all came to study art in Battambang at Phare Ponleu Selpak, a high-level visual and performing arts school. Each artist has excelled in their art and graphic design, some of which reflects the difficult lives of their family members. The large gallery space at Romcheik 5, which opened in November, brings together perhaps the largest collection of the best of contemporary Cambodian art. Purchase of the land and buildings was supported by a French former diplomat who became a father figure to the young artists, all of whom now show and sell their work in top galleries around Cambodia.

Battambang is also the home of Chov Theanly, whose family is of Chinese Cambodian heritage. Chov is self-taught, though he has done an art residency in the United States. He creates full-size, dignified portraits of people he knows.

“Due to the Khmer Rouge, people lost their identity and did not know who to trust for many years,” Chov said. “I want to show them as super strong and beautiful, and feeling hope.”

Chov’s family has followed Buddhism for several generations. In his youth, he was particularly influenced by the large and dramatic figures depicted in religious story paintings found in his neighborhood wat (temple).

In addition to meeting contemporary artists, another ambition I wanted to see through on the Cambodia trip was to witness the beauty of Angkor Wat, a temple designated as a UNESCO World Heritage Center. My parents had traveled there in 1969, when Cambodia was still influenced by the French colonial domination that lasted until 1953.

Built by a series of Khmer kings beginning in the 12th century, the temple complex is one of the largest and most architecturally significant in the world. It includes several sub-temples established by succeeding kings, and transitions from Hindu to Buddhist content and images. A number of major NGOs have worked for decades to continue to preserve this intricate aesthetic treasure. This ancient heritage site serves as a fount of inspiration and pride for the young artists and all modern-day Cambodians.

After the tour, I reflected on how artists represent their heritage, environment and their people. In Cambodia, contemporary artists don’t just enjoy improved business opportunities, but also find the courage to speak out through their creative output. The Khmer artists we met are talented and earnest, quiet and reflective or articulate and funny. Many spoke excellent English but none of them wanted to leave their country behind. There is palpable pride instilled in this nation still haunted by a 40-year-old genocide. I hope to go back to witness the positive change.

Lauren Iida will be in Seattle and present a pop-up gallery on May 9 at 3 p.m. to show and sell her artwork and that of the artists of Open Studio Cambodia. To confirm the location, check the Facebook page or contact Iida at www.laureniida.com.

For more information about the art tours, see the website and watch their video below. Seattle Globalist 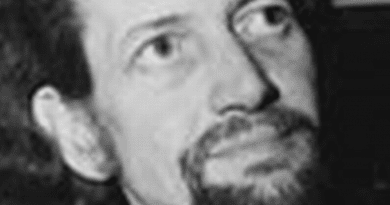 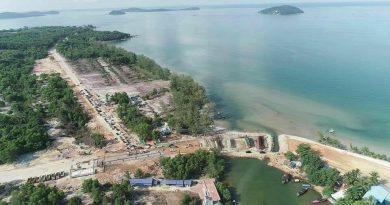