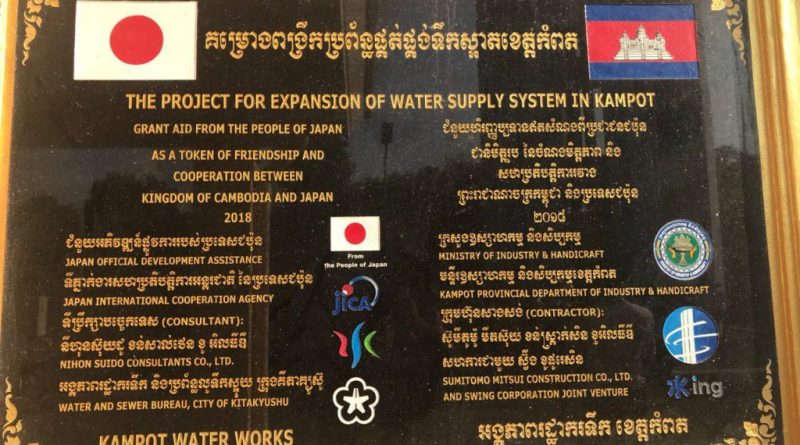 Kampot: A new water treatment plant costing more than US $ 26 million, with the assistance of the Japanese government, will be officially launched on April 2, 2019.

The National Strategic Development Plan 2014-2018 states that Cambodians will all get access to clean water 100% by 2025.

Kampot Water Authority has faced many challenges, including the ability to produce clean water, high rates of water loss, poor water quality due to old equipment, all of which required improvement of the water supply.

“With the expansion of this water supply system, new water production will make better water and improve the living environment of Kampot people.”

Mr. Tieng also said that the project to expand the water supply system was thanks to a grant from the Government of Japan through Japan International Cooperation Agency (JICA).

The clean water production plant will provide 7500 cubic meters per day, and a new pumping station will expand the supply network around 88.9 km in the area of ​​Kampot.

Public health and personal hygiene will be improved by changing habits from rainwater and well water to a clean water supply. 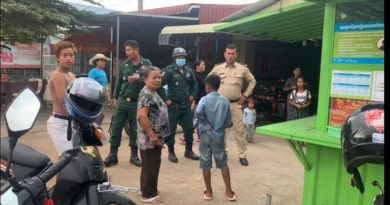