The AFC U-23 Championship 2020 Qualifiers campaign ended even stevens as far as Cambodia and Chinese Taipei were concerned as the two teams played out a 1-1 draw.

Cambodia began the game well and could have taken the lead early, but a lack of incisiveness in the final third let their team down.

Nonetheless, backed by Japan legend Keisuke Honda on the touchline, Cambodia pushed on to try and find a goal, and went close when a corner from the far side deflected off the crossbar. Unfortunately, nobody was alert enough or alive enough to tap in the rebound for the Cambodians.

It prompted a response from Chinese Taipei, who immediately replied with a few warning shots of their own, but the real threat was at the other end in an open first half.

The deadlock was broken by Sin Kakada for Cambodia as his sublime left foot was on display again following a neat pass played into him. The youngster aimed and struck beautifully, giving the goalkeeper no chance of stopping his effort. 1-0 to Cambodia.

It ended 1-0 to Cambodia at the half-time whistle, but the second half brought with it renewed optimism as far as Chinese Taipei were concerned.

They didn’t waste too much time in getting on the opposition’s back, and a set piece proved Cambodia’s undoing as a free kick whipped in from the near side proved too hot to handle. Following a teammate’s touch, Philip Ponder had the simple task of nodding the ball into an empty net and send the Cambodian fans at the Phnom Penh Olympic Stadium into shock.

With the game now 1-1, substitutions became the name of the game, but neither side was able to grab the initiative despite Ponder having a golden opportunity to steal the win for his side at the death.

Cambodia mustered one final chance in stoppage time, but it proved too little too late for them as their Qualifying campaign ended rather meekly with this 1-1 draw. 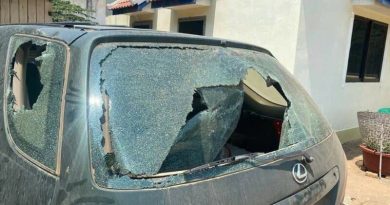 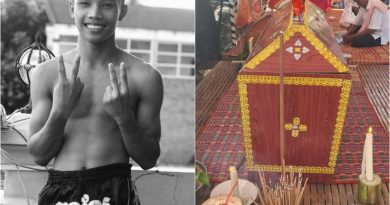 One thought on “Cambodia 1 – 1 Chinese Taipei”